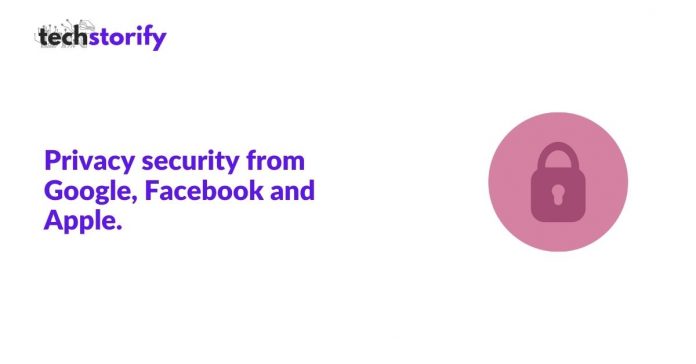 Maintaining privacy in today’s digitized world is a luxury for many people. It’s not just cybercriminals that are after your data. Even businesses are constantly devising strategies to get their hands on user information. Among them, Google, Apple, and Facebook stand out because of their sheer scale that gives them access to a disproportionate amount of personal data.

Just think about it: Google is the largest search engine on the planet with 92% of the market share. Apple is a tech behemoth with 1.65 billion devices in use. And Facebook dominates social media with 1.73 billion daily users. Their global dominance has created an unfair advantage when it comes to user data. And they’ve faced constant scrutiny by both the public and regulators for their data handling practices. In recent months, Apple privacy issues have ranged from iPhone ID tracking complaints to accusations of EU privacy law breaches. Google and Facebook are also under scrutiny for a series of offenses.

All these raise a critical question: is your data really safe with these tech giants? Let’s dig a little deeper into this.

Data helps Google, Apple, and Facebook understand their users better, so they can keep on improving their services. This is the underlying reason that gave rise to their data collecting practices. It allows Google to alert you when your accounts are accessed using an unfamiliar device. Data also enables Facebook to suggest friends based on mutual associations, personal contacts you have imported, and other private information, such as your education and work.

Now, these could make your user experience smoother, hassle-free, and not to mention safer. The fact is, we’ve enjoyed these facilities for years without even realizing how they are made possible with the help of lots of personal data combined with advanced technologies.

So, what’s the risk?

Needless to say, nothing comes free these days. So, what’s the cost of enjoying all these benefits?

When companies like Google, Apple, and Facebook have access to an incredible volume of user data, they could get greedy. As a result, they could often access much more than they would need. They’ll be watching you around the clock, whether you’re asleep or awake. Now, that’s an unacceptable invasion of privacy. Their greed for data could strip you of your right to choose how and when you need your space.

Even the data they collect to improve their services could be a severe intrusion into your personal information. Think about Google for a moment. It can collect your search activities on Google Chrome, the videos you check on YouTube, and even your location on Google Maps. That amount of data tracking could easily leave you feeling violated.

Allowing users to open a free account on their platforms does not earn money for any of these companies. This is why advertising is essential to their bottom line. And the more user data they have, the better their chances are to boost advertising revenue.

Today, Google and Facebook are two important advertising tools for any marketer. Anyone with a digital presence understands the importance of Google search engine optimization. People write books about it and conduct paid classes. It’s that critical. Businesses spend heavily to get their pages on top of Google’s SERPs and to have their ads displayed to users on the search engine. Google’s sheer dominance in the digital advertising space is the result of the enormous amount of user data it can track. So, it’s hardly a surprise that it’s constantly monitoring your activities and collecting data to understand your behavior and motives.

But it’s not just Google that’s using your data for marketing and advertising purposes. Last year, Facebook made $25.44 billion from advertising revenue. It’s using user data to profile and segment individuals based on age, geography, education, interests, and a host of other criteria, so it could display advertisements that best fit their profiles.

And Apple is doing the same. Have you ever wondered how it knows exactly what to show you on its app store? Well, a lot is going on behind the scenes to make it happen, and it usually involves your personal information. This year, it’s expected to make $2 billion just from its app store advertising revenue.

How would all this impact you as a user? Apart from harassing you with constant advertisements, the unethical data tracking and sharing practices of these businesses could severely undermine your data safety.

Contrary to popular belief, tech giants are not immune to data breaches. In fact, they attract more of them. Cybercriminals go where data is. And Google, Apple, and Facebook have plenty of it.

Last year, Google came under the spotlight when news emerged of exposed data belonging to 4 million YouTube users. This year, Apple faced accusations of covering up a 2015 security incident that presumably affected 128 million of its users. And Facebook? It’s probably had the most prolific history when it comes to data breaches, from the infamous Cambridge Analytica scandal to the stolen data of over 500 million users published on a hacking forum earlier this year.

The bottom line is, the potential threats of data collection extend far beyond intrusion of privacy or getting harassed by advertisers. Data handling practices of Google, Apple, and Facebook could even compromise your personal safety.

The amount of control these companies have on private data leaves them with a massive responsibility to regulate privacy. But as a user, you cannot entirely rely on them to safeguard your privacy. Putting a cap on data sharing might be a better and more sustainable solution to ensure that your data remains with you. A privacy-first approach is essential not just for these tech giants but also for you as a user. It’s the only way to enjoy the countless benefits offered by them while protecting your information from any mishandling.