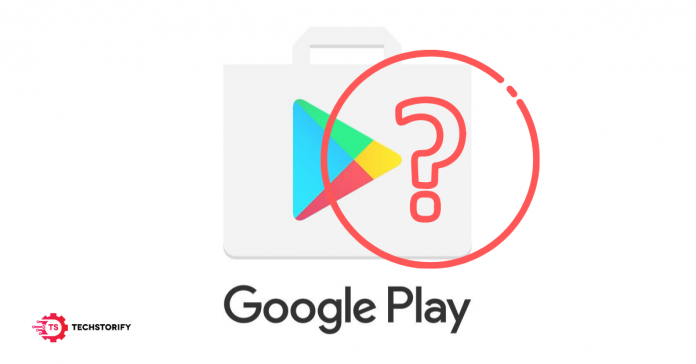 Google Play store is the home to about 3 million Android applications as of 2019. It is a primary window for Android users around the world to satisfy their needs for downloading utility applications, games, music, movies and e-books.

It contains almost double the applications than its nearest competitor Apple iOS Store.

Despite such a huge collection, there are some limitations or reasons that prompt a user to switch to another Android app store then the Google Play Store.

Let us discuss them first and then we will come to the alternatives.

Why Do People look for Play Store Alternative? 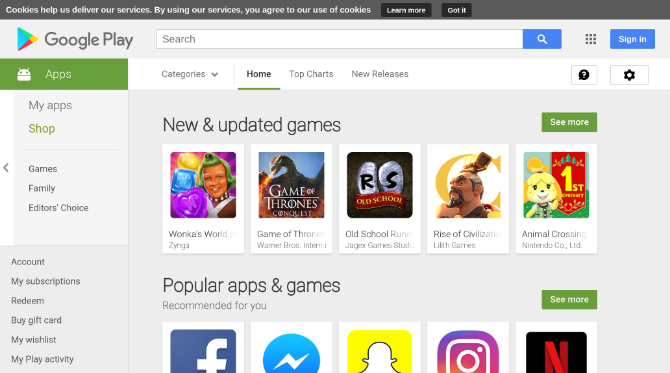 Let’s face it – if you are using the services of Google then you should forget about your privacy. Nothing comes free in this world and your privacy is the cost of the ample of free Google services you are enjoying.

For installing any app from Play Store, you need a Google account.

What Google does is, it keeps track of every application you have ever installed on your every Android device associated with that account.

Even if you have installed any application and uninstalled it in a few seconds, Google has kept it in the log.

For getting the list of every app you have installed ever, you can go to the Libraries in Play Store App.

Although, Google has a reason to do so. If you switch your device someday, then you can automatically get the list of the apps you were using on your last device.

Unfortunately for the people who don’t want this feature, there is no way you can disable it. Though, you can remove the apps from the list one by one.

So finally, you have decided to become a saint and ditch Google?

Jokes apart, there may be some privacy concerns arises that have prompt you to say goodbye to Google. Fair enough, but now you can’t get access to the Play Store.

Unlike Google Maps and YouTube, there isn’t any way to use Play Store without signing in to Google account.

(3) Not all apps are available on Google Play Store

This is the main concern of the maximum people looking for the alternatives of Play Store. Though Play Store contains a vast amount of application, it doesn’t mean that it should have all of them.

Some apps only run on custom ROMs or the rooted devices. Google regularly removes the apps from its store which violates their rules and regulations.

Google doesn’t allow any other App store’s application on its platform.

In some cases, there is a regional issue. There are some apps which are available in some countries or region and unavailable in others. This is because of different Government policies or other restrictions.

There is another issue of age restriction. If you are a minor, then there are some apps that Google doesn’t allow you to install.

Some Alternatives to Play Store

Android by default doesn’t allow any app to be installed externally, without using Play Store. You have to make a minor adjustment in your setting to install external APKs. Go to Settings > Security. Tap on Unknown Sources to grant permission. Now check the following options.

APKMirror is an app collection website which provides you with the option to download every Android application for free. It can be said the best alternative to the Google Play Store.

Many paid apps of Play Store are available for free on it. The only con I could find is, APKMirror doesn’t have its dedicated Android app (the irony!). Anyway, you can download the apps from its official website which is good enough.

Before downloading any application from APKMirror, if you have any security concern then you can check this blog.

Amazon offers you thousands of options to download movies, games and other utility apps at a lower cost than the Play Store.

It has an amazing feature of “free app of the day”. In this every day a paid application is available for free to download to the user. So, if you regularly visit the store you can get many premium apps for free.

Since it is backed by such a big name, there should not be any security concern.

Mobogenie is another great alternative to Play Store as far as getting the premium apps for free is concerned. It has an advanced recommendation system that analyzes your preference and provides you with great suggestions to download the apps.

Aptoide is an open-source Android app store that has a collection of over 700 thousand Android applications. It has an amazing, well-crafted user interface.

It works with different networks and unifies them under its platform. This possesses some security risk. Although, they claim to be fully secured of any threats.

Should you replace Google Play Store?

While there may be many reasons to quit Play Store and opt for the other alternatives, you should think twice before that. The reasons are:

(1) Google Play Store is a highly secured platform. Every application here is thoroughly checked for any security threats.

(2) You will find frequently updated apps only on the Play Store.

(4) Dealing with unknown sources can be dangerous.

While using Google services there will always be a question mark on your privacy. But as of now, you don’t have a better alternative. Yes, you can fully opt-out of the Google Play store and continue with the other app stores, but they too come with their limitations.

You can use a third-party app store, whenever you can’t find the app you are looking for or if you find an app too costly on Play Store. Other than that, there are no major reasons you can think of to replace the Google Play Store. A Beginner’s Guide to Building an Online Casino Website