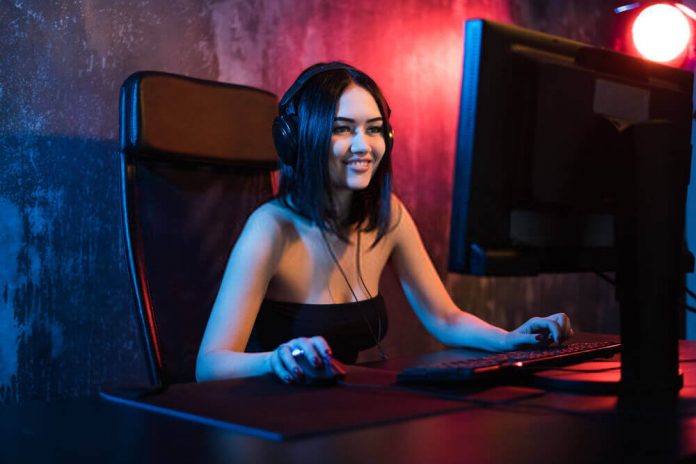 Twitch is one of the most famous and widely used platforms for live streaming. Mostly used by gamers and musicians for their online live performance, twitch has established itself as a prominent streaming platform.

It is considered an outstanding twitch streaming software for macOS and has recently received updates that allow the use of new plugins with the OBS software providing users with options to customize the OBS studio according to their own requirements.

The user can switch to a multi-view screen, this allows you to see multiple scenes at a time, similar to what happens at a tv station.

This feature is useful as you can clearly see what is being displayed to the user and prevent yourself from hiding the important information on the screen.

Nvidia shadowplay is a free twitch streaming software that can record and stream your gameplay simultaneously. It comes along with the Nvidia equipment such as a gfx card for free.

You shouldn’t expect much from Nvidia shadowplay as it can do only the basic stuff such as recording the gameplay and streaming it on the platforms. But there’s one feature that makes it stand out from the rest.

When you get a big kill during the game, Nvidia’s shadowplay will record it automatically, you just have to keep it running in the background. Moreover, you can edit the recorded gameplays and make GIFs in 4k quality, well that’s quite amazing in this software.

Keeping the good things, on one hand, the biggest drawback of this software is that you need to own an Nvidia equipment to be able to get access to the software. It is not friendly for new users as the navigations will give you a hard time to get along with the software. 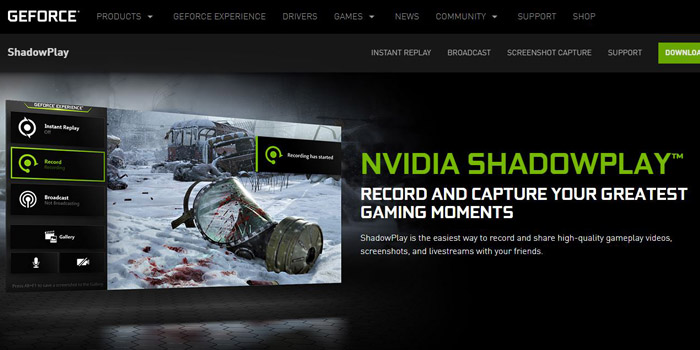 Another addition to our list of best twitch streaming software that does its job of streaming on platforms like Twitch and Mixer. Player.me is a simple yet outstanding streaming platform that brings ease to the user.

You can connect all of your social media profiles on the software and access all of them with just a click of a button. You can link your Facebook account and other social media and post updates about your upcoming stream moreover you can stream on multiple platforms simultaneously. 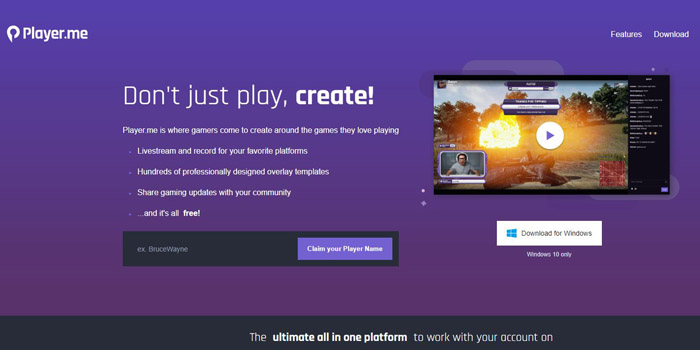 Moving forward to another simple yet amazing free twitch streaming software that is suitable for non-technical streamers. Lightstream Prism removes all the complications one would face to stream his first live video.

However, removing these complications also resulted in removing some features like overlay templates, and some customization features and leaves you with very basic features.

The software has two variants, Prism & studio, where the prism is for gamers who are looking for simple streaming software and Studio for creating beautiful and unique videos. 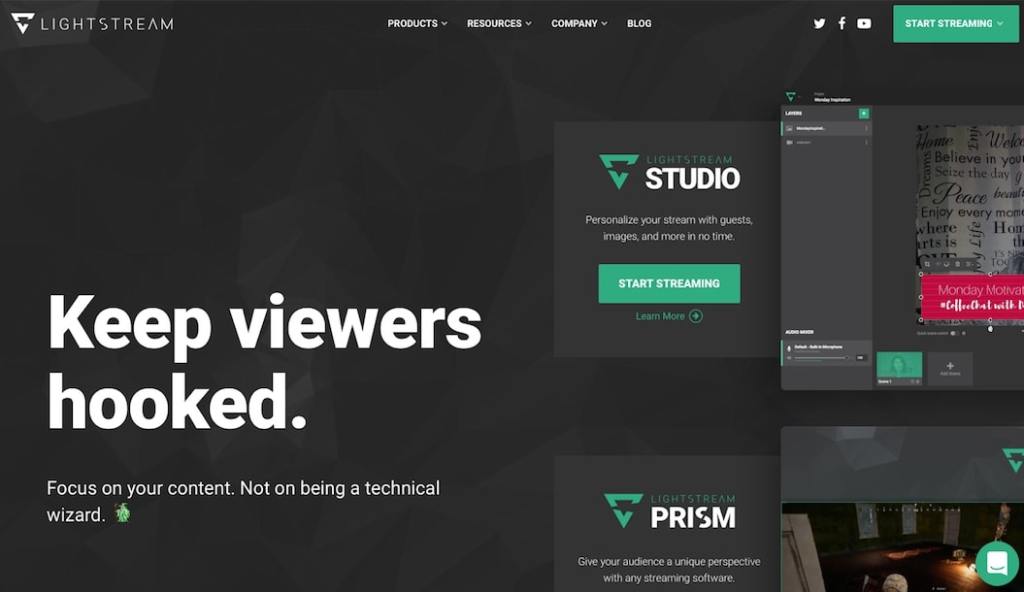 The Gamecaster is the version specially for gamers and is a child version fo Xsplit broadcaster.  Developers are working hard to make it the best streaming software for the users by fixing bugs and constantly adding new features.

Alongside twitch, you can also broadcast on youtube and Facebook. The only thing that would force you for a second thought of getting this software is that its available for only windows and costs a bit more. 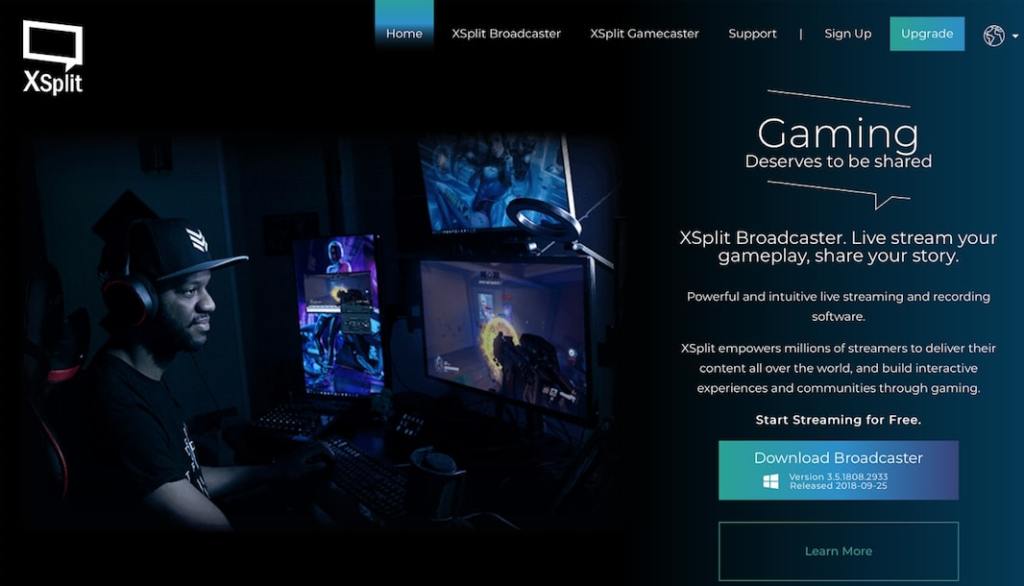 The software gives user the liberty to customize the streaming display and make it look professional. Moreover, you can personalize the stream without having to download additional plugins for every minor customization.

Everything is cool with Streamlabs OBS but, it is available only for the Windows Operating system, not for macOS, Ubuntu, and Linux. So if you are a programmer and wish to do a live stream on your twitch channel while coding, you will have to switch over to windows.

Beginners can easily get along with the software and stream on Facebook, Twitch, Youtube, chat with the viewers and collect super chats and donations. Moreover, the developer support is pretty amazing and your issues will be fixed in the meantime. 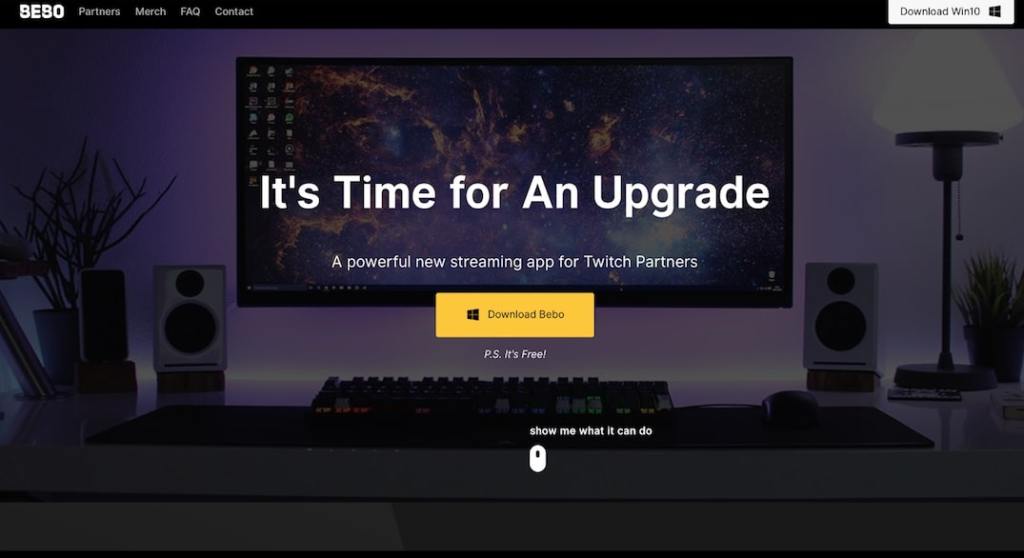 VMix is a high end best twitch streaming option that is quite similar to Wirecast. You can edit, add transitions, and let the guests join your live shows in a matter of few clicks. The software is packed with tons of features and components.

It has around 13 transition effects, animated graphics and is easy to use providing you high-quality live streaming. Here are some more features:

As aforementioned, VMix is not an ordinary streaming software, but professional software that is used by TV stations also. The image below is the pricing chart of vMix. 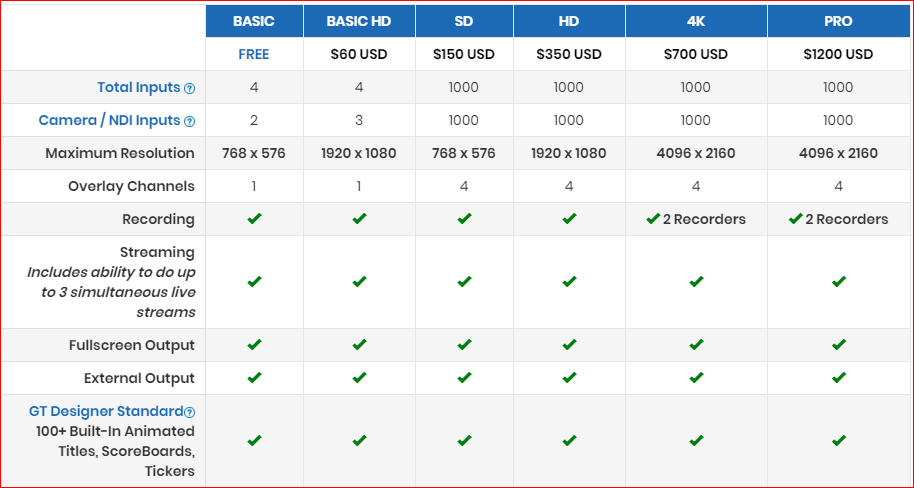 You can also try the software free for 60 days.

Wirecast is another high-end live streaming platform suitable for streaming on twitch and other platforms. You will have complete control of the live streaming and can add 3D animated titles, do video conferencing and has up to 250 layers.

The pro version of the software adds some more features like NDI output along with ISO recording from individual tracks and also provides an option of multi-track recording. Moreover, the software comes with 3 virtual sets, an instant replay button, and a live scoreboard.

FFsplit is still in the early stages of development, that’s the only thing that bothers me as it may have bugs and you might get disconnected in the middle of your live stream. Overall, it is a great twitch streaming software. 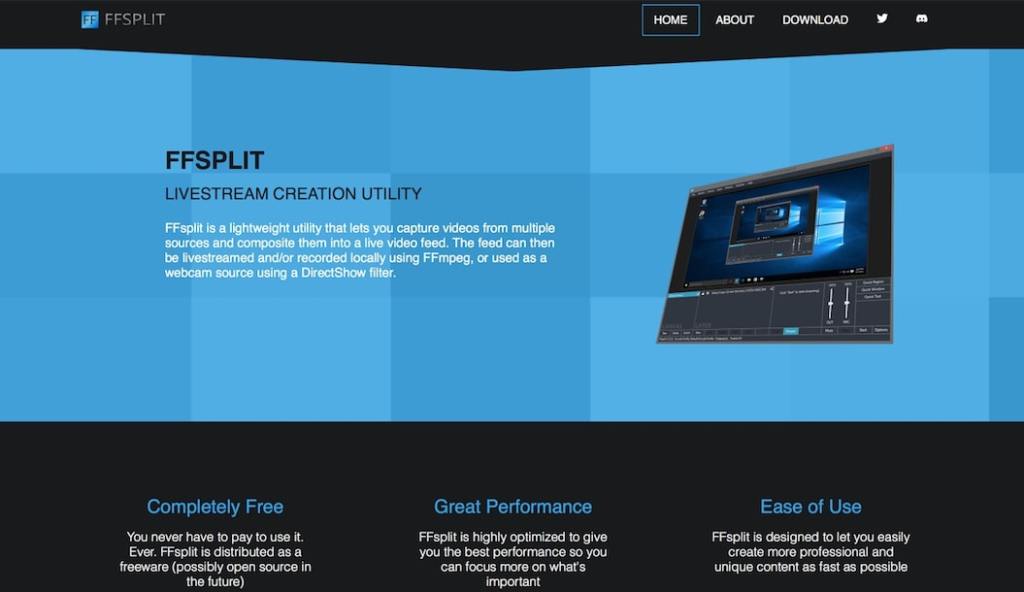 So that’s the end of our list of best free and paid twitch streaming software. In this article, we have thoroughly discussed the features of every software along with the pricing.

If you have a recommendation that can be a great addition to this list, let us know in the comment section.