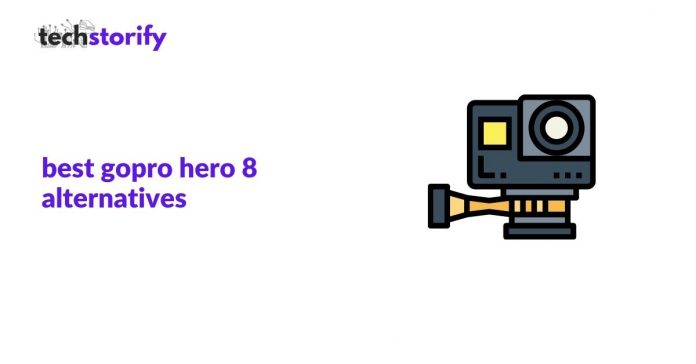 GoPro is still a leader in the action camera market. It has overshadowed other equally good and well-performing action camera competitors.

While GoPro Hero 8 Black is a fantastic all-rounder with impressive 4k video shoot, its HyperSmooth stabilization, cliff notes, double shockproof rating, a foldable built-in mount and it’s lighter smoother and more versatile than any other action camera, still, for many, it might not be what they are looking for.

While it is packed with the best features that an action camera can have, yet is not everyone’s favourite and first choice.

Hence, we have listed some GoPro Hero 8 Black alternatives that you will help you find there are plenty of options available in the competitor marketplace. These alternatives offer the same features and specifications as GoPro Hero 8.

The alternatives listed in this article will provide you great image quality, easily affordable prices, better battery usage and other specifications that are desired while getting a new action camera- be it if you’re a beginner or a regular user.

Below we have picked up on a list of best GoPro Hero 8 Black alternatives alter that you’d love for the same reasons you love Hero 8: 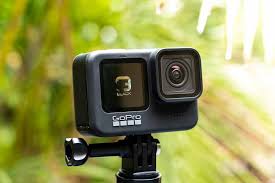 Newly released GoPro Hero 9 Black is the pro version of GoPro hero line and an amazing GoPro Hero 8 Alternative. It comes with a 23.6-megapixel sensor that is an upgrade over GoPro’s other 12mp sensors.

Unlike any other GoPro action cameras, on Hero 9 you can shoot 5k video with 30 frames per second.

Battery life- Hero9 comes with a battery power of 1720mAh which is a bigger battery that comes with better performance and lasts for a longer period of hours.

DJI is known for making camera drones and gimbals but with its latest gadget, DJI OSMO action camera gives you everything that you need for a best action-packed life.

DJI OSMO Action cam, being of the best alternatives to GoPro, DJI comes with dual screens, front and back.

Just like GoPro’s hypersmooth DJI uses rocksteady for image stabilization that lets you record videos smoothly and steadily and is smooth as hypersmooth. The battery life of DJI is very identical to GoPro.

Battery life-  Osmo Action has a battery of 1300Ah that will not get you through the day but you can pack an extra battery.

It is a great camera with a very low-price front that has a lot to offer If you are looking for a vlogging camera AKASO BRAVE 7 is best for you.

It will give you the finest 4k if you want to use it as a vlogging and content creation with the front-facing screen. You can easily find this feature in other action cameras too like DJI OSMO action and SONY RXO MARK II.

You can straightforwardly record 4k videos at 30 frames per second that is pleasing for most vloggers and content makers with available photo resolutions 20mp, 16mp, 14mp, 10mp etc.

Battery life– It has a battery of 1300mAh which stays good for at least an hour. you will need to pack an extra battery if you have a requirement of using it for more than an hour. 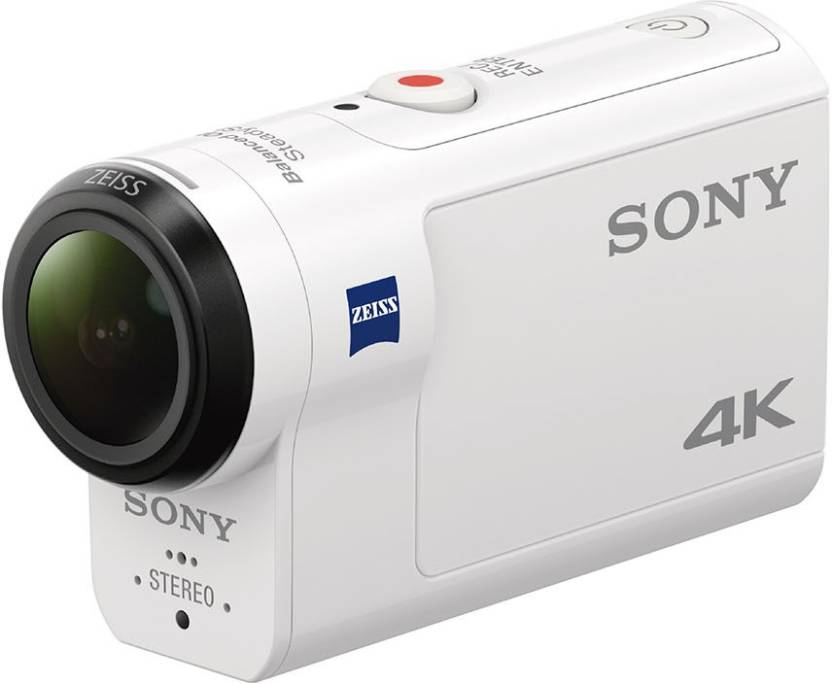 This action camera is splashproof and freezeproof with a choice of viewing angles and gives a total battery run of 45 minutes while recording 4k videos. The videos recorded with FRD are usually very crisp and have strong details.

FDR has an option whether you want to opt for video stabilization or not. It has a full resolution, 4k video generation, ultra-wide-angle and has an excellent field of view. While Sony FDR X3000 might not replicate the steadicam and gimbal smooth perfection, it is still quite good compared with other action camera produced videos.

Video resolution- Great Video quality of Sony FDR X3000 with ultra-sharp and colourful 4k quality makes it an amazing GoPro Hero 8 Black alternative. It has a maximum resolution of 4k with 25 frames per second and 1080p with 6 frames per second.

WaterProofing-   Sony FDR x3000 is splash-proof and freezeproof. It has a water damage resistance depth up to 60 meters.

Battery life- With full HD videos it has a battery life up to two hours and fifteen minutes. 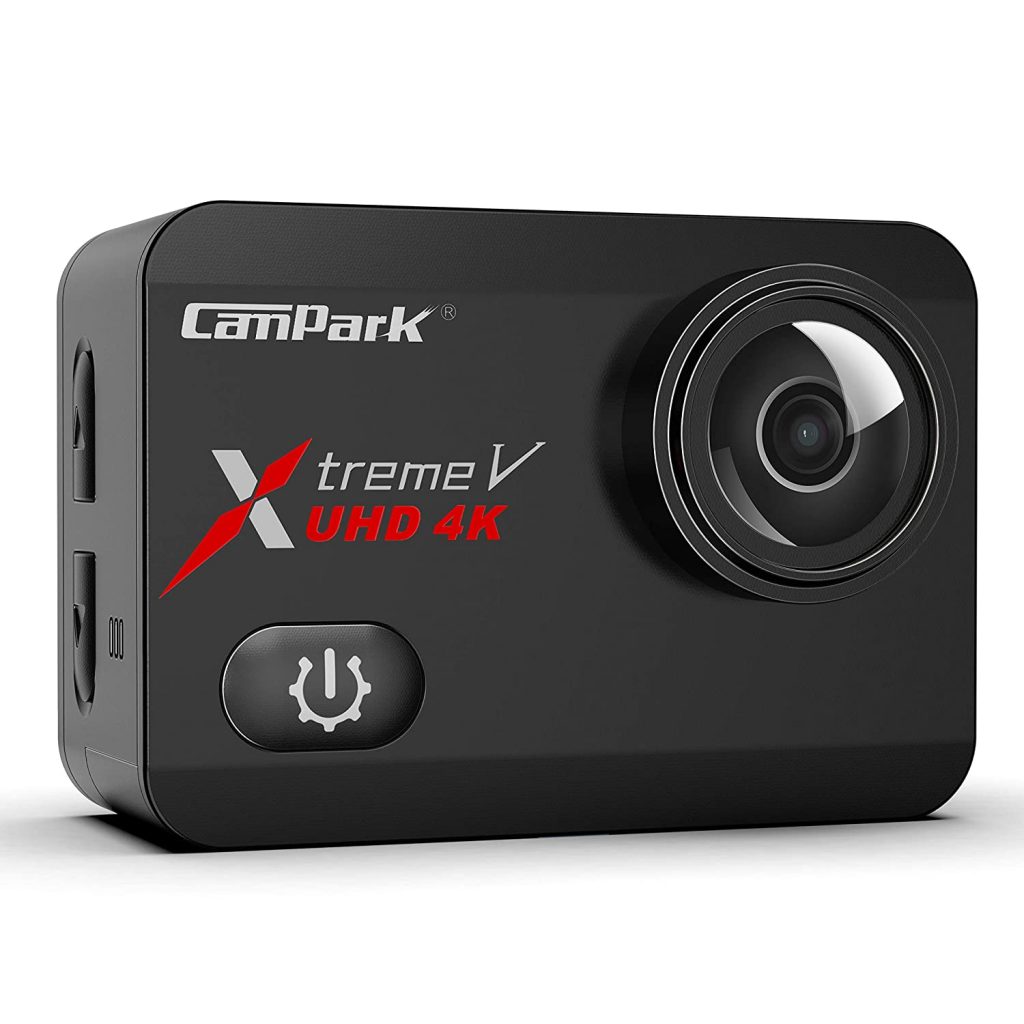 Campark action camera is a great GoPro Hero 8 Black alternative for a relatively on the medium budget side and accessible at an affordable price, hence making it an excellent choice for the ones who have a tight budget and are looking for a cheap GoPro alternative.

One of the cooler things about CAMPARK X30 you can record underwater with it. It has a waterproof casing that is impact resistant which makes it possible to shoot underwater for up to 40 meters.

Battery life- It has a detachable battery of 1350mAh. As CAMPARK X30 does not have a touch screen it saves you battery and gives additional battery life.

The battery will last you 2 hours if you are recording in 1080p full HD video. With 4k video capturing the battery life will drop dramatically. 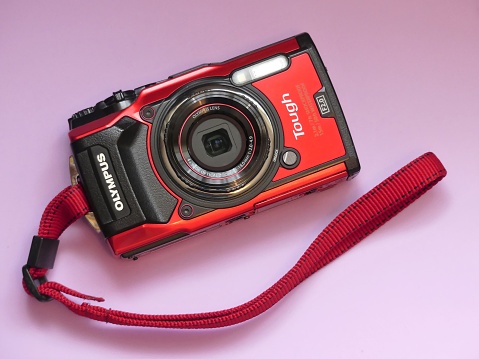 The OLYMPUS Tough TG- is the sixth-generation underwater camera of the company. It has a 12mp sensor and zoom lens of 4x optical. You can shoot 4k resolution at 30 frames per second.

Unlike many other action cameras, it doesn’t have a touch screen. But it has a wide aperture lens. OLYMPUS TG-6 works perfectly with Wi-Fi. It has a built-in GPS, compass, thermometer and an accelerator for all your adventures.

Waterproofing- This action camera stays waterproof up to the depth of 15 meters. It is shockproof from 7 feet, crushproof up to 100kgs, it stays freezeproof up to -10 degrees Celsius and is ideal to take along with you on the dusty and rocky trails where its dustproof specification pays off. 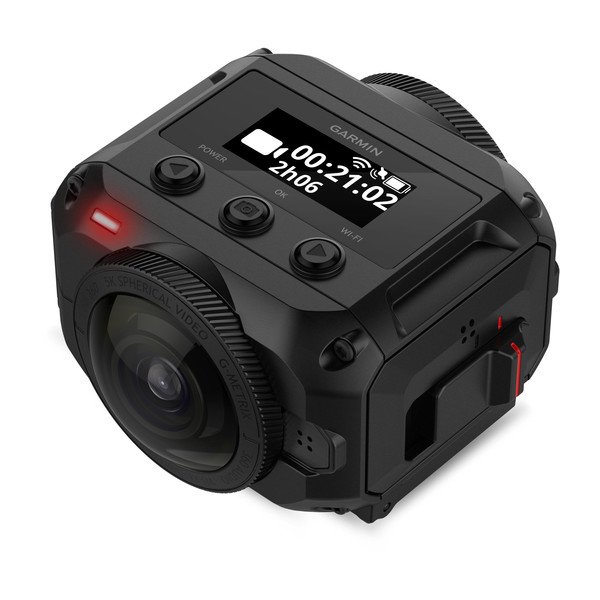 Garmin VIRB ultra 360 is so much more like GoPro and is a very strong competitor of GoPro. It has very similar image performance as GoPro and uses a GoPro-like form factor. With Garmin VIRB ultra 30 using Wi-fi you can easily live-stream HD videos over YouTube.

It uses 3-axis image-stabilization that ensures the recorded footage is equivalently sharp and unwavering.

Garmin VIRB ultra 30 is an upgrade over the previous generation with improved G-Metrix features which sets the Garmin action camera apart from other competitors.

WaterProofing- The camera comes with a waterproof case that will prevent it from any water damage till 40m depth. For an action camera, 40m dept waterproofing is good enough.

Battery life- Battery life of any camera depends on the resolution of videos being recorded. With full HD videos, this camera would last 2 hours of shooting. The camera has a removable battery which means you can carry battery replacements. 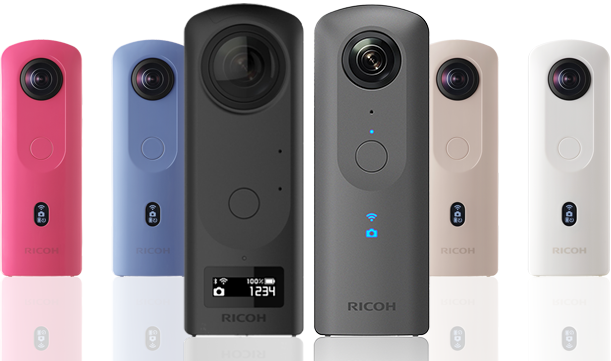 If you are looking for GoPro Hero 8 Black alternatives that emphasizes better quality video capture with a high-quality external mic in a portable form factor which also is a 360-degree camera, Ricoh Theta V would be the perfect match for it.

Theta V has a slim, tall form with dual lenses that captures the entire world around the V by stitching video and images together. It also has the specification of time lapsing.

Ricoh Theta V has a better video quality than its other versions. Theta V records video at 4k by the frame rate of 29.97 frames per second. It supports wi-fi and Bluetooth. You can easily live stream with it.

With Theta V you can capture amazing pictures and shoot quality videos. It is compact and light-weighted, probably one of 360 cameras that can easily be taken along wherever you want to go.

Battery life-   Theta V’s battery will last you 80 minutes for video recording. while there are too many things to love about the design of this GoPro alternative. But its major downside is that there is no waterproofing of the camera. 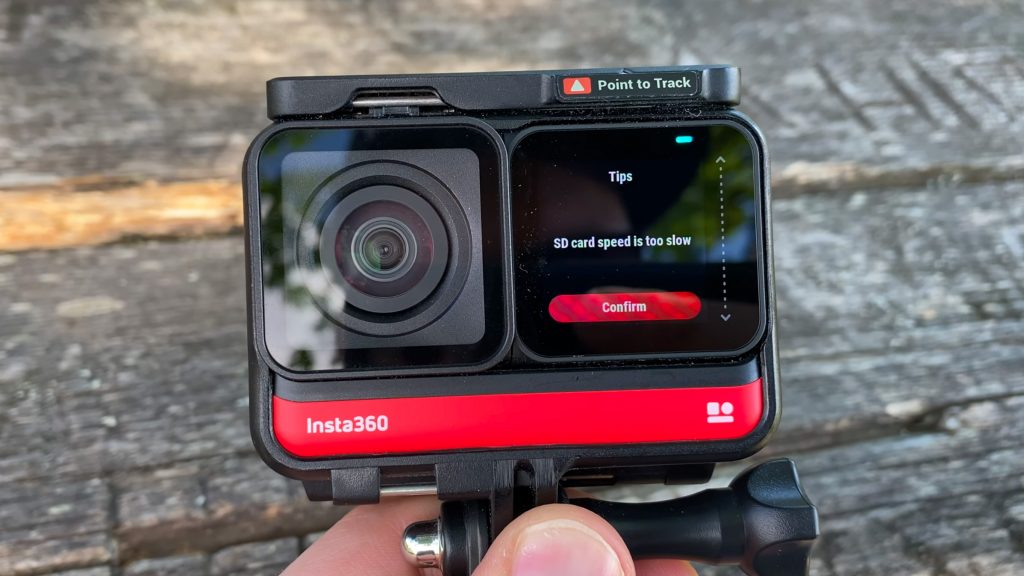 INSTA 360 ONE R is comparatively good of value when compared to GoPro Hero 8 a GoPro Max’s successful modular design. One of the major cool points of Insta 360 one R would be that it records video in up to 5.3k footage which is unlike any other GoPro hero series.

The camera angle of Insta 360 is as wide as GoPro which is wide enough to use for POV shots. Just like GoPro hyperstabilization Insta 360 uses flow state stabilisation that makes the shot footage shake-proof and solid.

Unlike many other alternatives of 360 action cameras, one R has a micro-SD card slot and a USB-C for charging on the side of the core module. 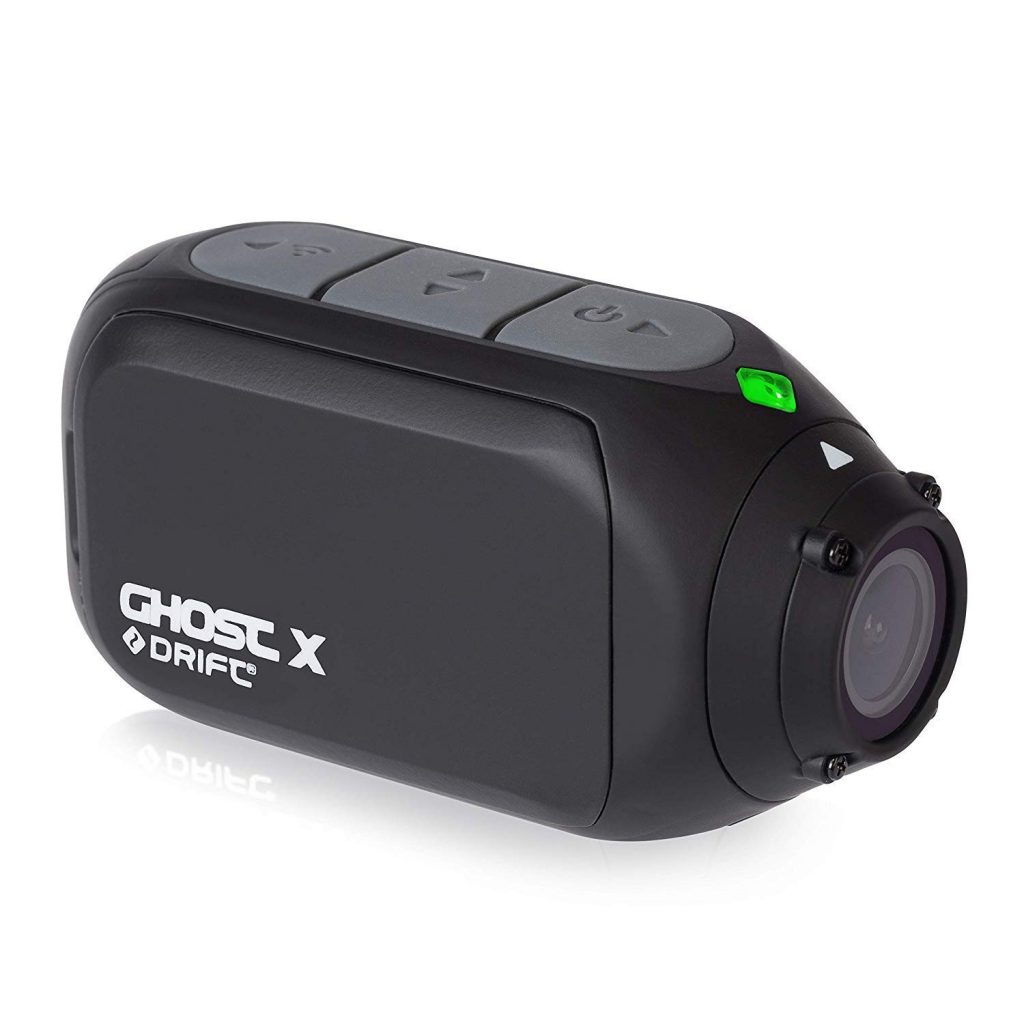 Drift Ghost X is an amazing sports camera that is ideally made to record videos of motorbikes and it is extremely easy to capture any kind of exertions and adventures in 1080p full HD.

Drift Ghost X has its design and uniqueness that makes it a perfect camera for bikers. You can easily adjust a wide range of settings, including frame, rate, resolution, Wi-Fi connectivity and more.

While Drift Ghost X can produce extremely good pictures, it also has an excellent battery life that can be used for long hours of video recording is everything that you can look for in a camera, surprisingly it doesn’t cost a lot and still performs well.

The only downside is, it doesn’t have a widescreen.

Battery life- The power backup of the drift camera is tremendously good. It can last up to 5 hours for recording in 4k, with video recording 1080p at 30 frames per second it can last up to 6 hours. As it does not have a touch screen it saves you battery and gives additional battery life.

Waterproofing- Drift ghost X is water-resistant up to 40 m depth.

1. What are some specifications you should look into an alternative to GoPro Hero8 black?

Ans: There are certain specification that should be considered before finalizing the purchase-

2. What is the best overall GoPro Hero8 alternative?

As enlisted on the list above, the best overall GoPro Hero8 alternative would be DJI OSMO ACTION. DJI also seems to be giving GoPro a touch competition.

While reading out our list of Best GoPro Hero 8 Black Alternatives you must have gotten a sense that there are action cameras available in the marketplace that are worth your attention. They are if not better than equally good as the GoPro series.

As not everyone that has use of an action camera has the same needs, and hence, getting a fit for a camera should be up to the users need than getting a product loaded with specifications and features that might not be much of a use to you.

Hope you have liked this article on Best GoPro Hero Black Best alternatives and would be willing to get any one of them a try. In case, we have missed something in the list, do let us know in the comments.