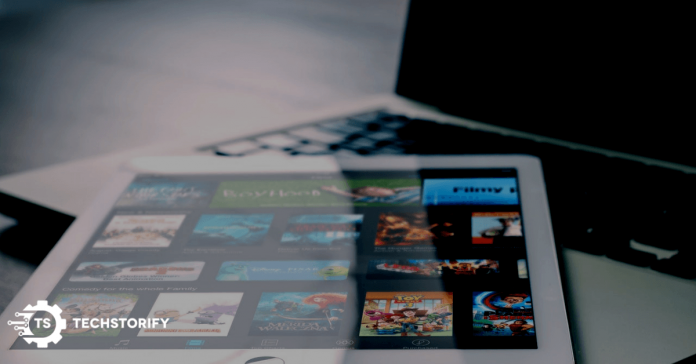 Don’t waste time by thinking about what to watch on Netflix. We have done that for you with this article that has the best shows on Netflix.

When it comes to original series, Netflix is stepping up its game by producing some of the best content for its audience. We have listed down some of the most exciting shows currently on Netflix.

1 – Conversations with a Killer: The Ted Bundy Tape

Ted Bundy, one of the most notorious serial killer the world has ever seen. His enigmatic personality was difficult not to notice. A narcissistic charmer who confessed murdering at least 30 women. He was executed in 1989 by US Law.

Conversations with a Killer – The Ted Bundy tape is a docu-series, a compilation of audio and video with over 100 hours of recordings. This show is for every crime buff. The intense storytelling with real audio recording will keep your eyes and ears glued to your screens.

As Ted Bundy trial was one of the first trials to be aired on Television, the shows feature a lot of footage. The show has got a lot of attention as it reveals the story of one of the most famous serial killer.

There have been numerous shows around the world famous law enforcement agency- The FBI. Black suits, SUV cars and a black aviator.

We all know about the FBI through movies and shows. However, Mind Hunter is based on a department that changed the way any law enforcement agencies catch killers. Yes, I am talking about the behavioural analysis unit.

Also been called as BAU. BAU is one of the FBI’s most crucial wing that specialises in serial killers and pattern based killers. The team is necessarily a mix of trained psychological profilers and agents. Mind Hunter showcases the evolution of the unit.

If you want to explore how does BAU came into existence, this show is for you.

As everyone is thrilled with the concept of Technology and future, we have a special mention of a show that blew our mind. I am sure you might have guessed it right now. We are talking about Black Mirror.

If you haven’t watched Black Mirror till yet, well let us say stop everything and watch this masterpiece. Black Mirror is the best sci-fi thriller available on Netflix. This one certainly raised some bars when it comes to fantastic writing and concept.

The show is based mostly in an alternative reality, or near future is showcasing important technology outcomes.  Every episode is a standalone and, to be honest, better than a lot of Hollywood movies. If you are seeking some next level thrill, Black Mirror is for you.

2019 has been experimental for various content creators. Netflix being the flag bearer of original series have some of the top shows in every category. One of the best creative pieces is Sex Education.

This is a British comedy series that revolve around a teenage kid who is socially awkward kid Otis who is ambivalent to sex. His mother is a sex therapist.

The show is a fun comedy piece where Otis sets up a sex therapy business to help other students to resolve their sex issues.

This list is incomplete without a romantic thriller. YOU is about today’s generation and their take on love. An age that can go to an extreme extent for someone.

YOU is about a charming bookstore manager who is obsessed with an aspiring writer. The story revolves how he goes to drastic measures to insert himself in her life.

A series that is full of thrill and romance. It is indeed a new age romance thriller.

A fiction drama series which revolves around a town that has mysterious elements to it. A group of kids explore the hidden secrets and experience supernatural things in their town. It all starts with a young boy vanishing in the town.

Just announced their third season, Stranger Things is one of the most rated shows on Netflix.

Let’s not forget some oldies that are pure goldies.

One of the most successful series of all time. You might have already seen it for like millions of time but just to update you, you can find it on Netflix as well.

Friends is still the top show available for you to binge. So, don’t wait and be a part of Rachel’s, Joe’s, Ross’, Monica’s and the sarcastic Chandler’s life once again.

Benedict Cumberbatch’s one of the finest performances and his ladder to fame in Sherlock series is an amazing detective series. With a total of three seasons, Sherlock has some broke some records when it comes to gaining popularity.

With not more than 4 episodes per season, it is thrilling enough to enjoy the modern version of the classic Sherlock Holmes adventures.

Harvey Spector’s charm and Mike Ross’ wit made the SUITS a famous legal series long time back. A thrilling and exciting journey of almost all Harvard Law School folks fighting the toughest legal battles. Well, that is good enough for you to binge this top show on Netflix.

Last but not least, one of our most favourites shows of all time.

Pablo Escobar, the name is enough to get you excited for this show. Now streaming the Narcos Mexico season. Narcos first 3 seasons cover the journey of the drug lord Pablo Escobar. With an amazing cast and cinematography, this show is the best show available on Netflix.

If you want a drama series with action, thrill and entertainment then Narcos is the show you need to watch right now.

8 Best Bluetooth Audio Transmitter for TV To Buy In 2021