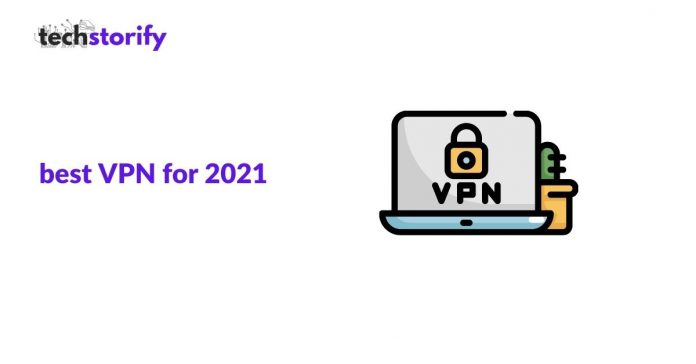 Torrenting could be pretty troublesome if you do so without a Virtual Private Network, but you’ll get conflicting information on multiple sites related to this topic. It is vital to use a VPN even if you are not torrenting. Even though it is not easy to find the best VPN for torrenting that provides optimal speed and security to experience a smooth and safe torrenting process, but you can try to find something close to it.

You should be aware of some VPNs that can be dangerous as many servers can compromise your security by exposing the private activities that you’d want to keep anonymous. Many torrent VPNs leaks your personal information that they claimed to protect earlier, and some are slow or doesn’t allow torrenting or P2P. Here in this article, we will help you get the best VPN for torrenting by curating a list of various servers.

Issues with VPNs that we assessed

For those who think of a free VPN to be the best VPN for torrenting, let me tell you that it might not be the case if you want to use torrents. If you use a quality VPN for torrenting, it will mask your IP address and encrypt your traffic to keep your activities private.

The 10 Best VPNs for Torrenting safely and privately

Now, let’s get to the point and take an in-depth look at the list of top VPN picks of 2021, especially for torrenting. All the VPNs listed below allow P2P on their networks, but you’d find few differences in terms of speed, security, and feature sets.

NordVPN is the best VPN for torrenting on every platform with a slick smartphone app. It allows excellent security and speed even on Android & iOS, similar to the one you’ll get on Windows and Mac. This network is a well-known VPN server that is perfect for anyone who would love to have maximum advanced VPN privacy features.

NordVPN is based in Panama, which neither stores traffic logs nor connection data. If we talk about the speed that it provides, you’ll witness lightning-fast speed after introducing NordLynx technology.

It is good that NordVPN uses shared IP addresses, and its bandwidth is unlimited. Also, it explicitly permits torrenting. Each subscriber will get a proxy, encrypted chat, and self-destructing encrypted notes as an extra feature. It offers a risk-free 30-day money return guarantee, and you would get the total money back if you are not at all happy.

ExpressVPN offers fastest torrent download speed and complete privacy in over 94 different countries. The fact that this VPN is given the second position in this list is no surprise. In the VPN industry, ExpressVPN is a veteran who is well-known and respected for its security. Also, it allows torrenting in almost 160 server locations of 94 countries.

ExpressVPN is based in the British Virgin Islands, and it doesn’t keep traffic logs or have any data retention laws. If you don’t want to make several different configurations, it is an excellent choice because of its easy play-and-plug option. Even though it is quite expensive than other competitors, it makes up for it with its long list of features.

It is one of the cheapest VPNs you could get for torrenting, which offers decent downloading speed. Its network spans over more than 60 countries. You get access to 256-bit AES encryption, a kill switch, complete anonymity, and protection against DNS, IPv6, and more.

Thanks to the zero-logs policy, you get assured privacy which allows you to use SurfShark to download any torrent file. Interestingly, you do not have to worry about any data leak as the VPN has a robust kill switch that will automatically terminate the connection in case of connection failure.  You’ll able to unblock restricted sites such as The Pirate Bay with the help of this VPN.

Because of the several internet restrictions in countries like Canada and the United States, CyberGhost cannot unblock torrent sites in these two countries. Although, the app offers several other features such as App protection that can help you protect certain apps from any prying eyes or data leaks.

CyberGhost is a Romania-based VPN that allows you to use torrent websites on any P2P-optimized servers. Also, it is user-friendly and offers a 45-day money return guarantee for users. Moreover, you’ll get live chat customer support if you have any issue while downloading torrents. CyberGhost is the best VPN for torrenting if you are concerned about security and speed.

It is a torrent-friendly and reliable VPN from Sweden. You can use this VPN on all major platforms such as Windows, Android & iOS. It has an impressive feature set that ensures fast bandwidth and a secure connection to protect your digital privacy.

PrivateVPN does not record web traffic or connection logs and promises full anonymity while surfing online. It also has a built-in kill switch that will automatically terminate your connection in case of connection failure. Apart from that, this VPN also unblocks geo-locked content such as BBC iPlayer, US Netflix, Amazon Prime Video, Hulu, etc.

IPVanish is one of the best VPN for torrenting, because of its unbeatable number of servers. It is a US-based VPN that has a no-logs policy. This VPN also offers OpenVPN encryption which allows you to view any restricted torrent site.

To keep your activity completely private, this VPN uses AES 256-bit encryption. This VPN also offers a kill switch but currently is only available for Windows and macOS devices. Another helpful feature that improves the serve speed is the SOCKS5 proxy. It also offers excellent Wifi protection for those who regularly work on a public network.

Recently, this VPN underwent a complete infrastructure make-over to add much-needed features to its server network and apps. For both web traffic and connection metadata, this VPN offers a zero logs policy. You can connect up to five devices to simultaneously and not worry about any bandwidth lag as this VPN provides unlimited bandwidth.

This VPN encrypts all connections securely using a unique scramble feature that disguises OpenVPN connection. There are few built-in features in the apps, including DNS leak protection and a kill switch, that improves the functionality of StrongVPN. This VPN is very popular in China, and has been gaining popularity in other regions as well.

This VPN boasts unlimited bandwidth and offers very fast downloading speed which is ideal for torrenting. It is one of the best VPN for torrenting and has a simple and intuitive interface that you can easily setup. You will get the kill switch feature in both the desktop and mobile apps which enables you to cut off the internet whenever the VPN connection drops.

This VPN doesn’t keep any logs and offer high security for the users. You’ll also get Live 24/7 customer chat support to fix any issues that you might encounter.

If you are concerned about privacy then this VPN is the right choice for you as it offers high security and has a fully audited zero-logs service. Also, it allows P2P torrenting for over 70 countries, by using a Switzerland-based server. Moreover, it doesn’t have any copyright issues, so you can freely use this VPN in various countries

Though this VPN has earlier been criticized for its logging policy, it has now proved itself to be one of the best VPN for torrenting after updating its features. Now, you’ll find that it does not log IP addresses. It offers superior speed, which makes it the best choice for torrenting or downloading large files.

Choosing a VPN can be a challenging task considering the number of options that we have today. However, the most important thing while selecting a VPN is to make sure it can unblock torrent sites and have a zero data logging policy. After that, you have to ensure it does not cap your bandwidth and provide a super-fast download. All of the above-mentioned VPNs are tried and tested for security. You can try any one of them to enjoy high-speed torrenting.