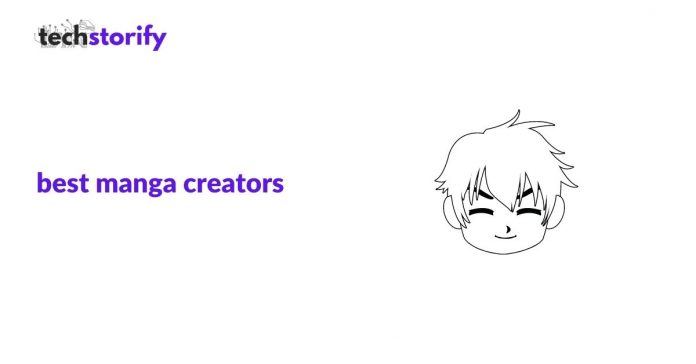 Looking for some Manga maker websites?

Manga is a Japanese comic book that features characters drawn uniquely. Manga is read by everyone in Japan; it is a very popular art form that includes every genre imaginable. For the past few decades, their popularity in the West has grown.

The manga industry is massive, with certain series outselling even comic book titans like Spiderman. Manga has influenced artists from all over the world.

Manga’s origins can be traced back to the 12th century. Scrolls from that era served as the foundation for the reading style used in Japan today, which is from right to left. Some authors argue that Japanese picture books from the 18th century were the world’s first comic books.

American comic books had a significant influence on what we now know as manga. During Japan’s occupation following World War II, the influence of American culture in Japan grew, and Disney animated films played a significant role in the development of the manga style.

Mangas, as we know them today, began to emerge during the postwar period. Osamu Tezuka was the most prominent figure of the era, and his work continues to influence artists today.

His works have also been adapted into animated shows, the most notable of which is Astro Boy. His comic book panels were dynamically drawn, almost like watching an animated show, and his style influenced many later manga artists.

Machiko Hasegawa, best known for her manga Sazae-san, was another prominent figure. She centered her stories on the daily lives of mostly female characters, which was unusual at the time. In 1969, a group of female artists began drawing manga aimed primarily at young girls and women. This type of manga is known as shoujo manga.

Manga and anime have similar art styles; the characters have large eyes and large spiky haircuts to help distinguish them. Manga is published in black and white, as opposed to color in western comic books. The main reason for this is that mangas are drawn by a single person and published on a weekly basis. Coloring them would take far too long. Manga chapters are published in a variety of weekly magazines before being collected into volumes.

Manga encompasses nearly every genre imaginable. That is how their target audience categorizes them. There are a total of five large groups. We’ll begin with shounen and shoujo. Shounen manga is a type of boy’s manga that is often action-packed and adventurous, with some comedic elements. Shoujo manga is aimed at girls and frequently involves romance and everyday life, though it also includes action and adventure. Seinen manga is aimed at men and contains mature themes, drama, violence, and even sexually explicit content. Josei is a female-oriented manga that deals with more mature themes than shoujo manga.

You can also design your own anime characters and export them as SVG, PNG, or JPG files using free online manga makers. All the below-mentioned apps are simple to use, and you’ll be able to create cool manga in a matter of minutes. 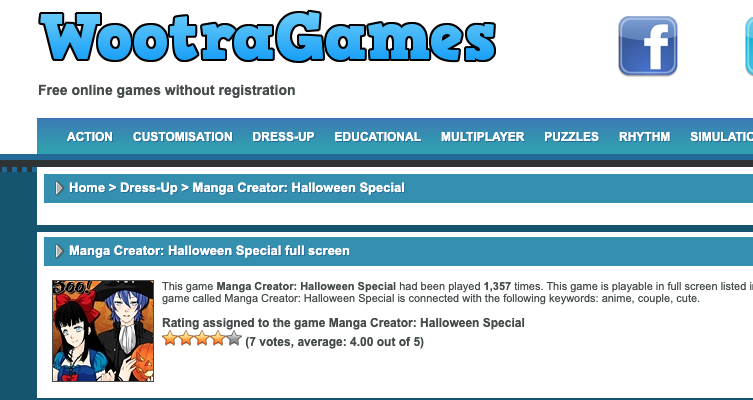 You can design a classy anime character while playing this game, from customizing different hairstyles to making your anime character wear glamorous clothes. After you’ve finished the manga, you can save your character by taking a screenshot. 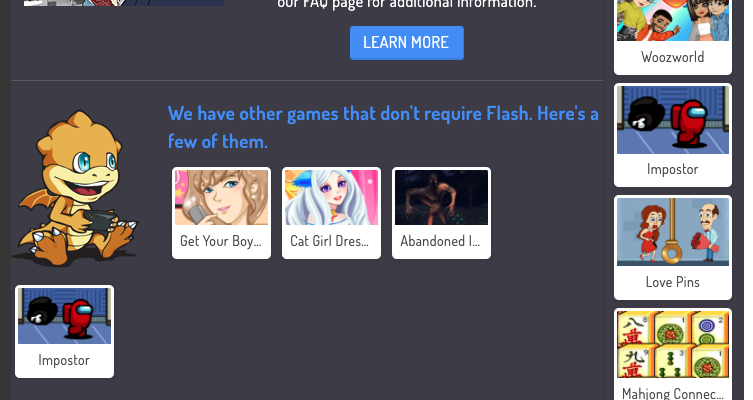 GamesGames is a website that allows you to play browser-based mini-games. During my research, I came across a manga creator game on this website.

The game functions in the same way as the other manga creator apps on this list. The user interface is simple and straightforward. However, in order to play this game, you must enable Flash in the site settings.

This game is ideal if you’re looking for an app to create manga about kissing couples. Use this link to access the game and begin customizing your manga characters. You can change your eyes, hair, and even the background.

The only limitation is that you can’t save the designed anime character, but you can still take a screenshot. 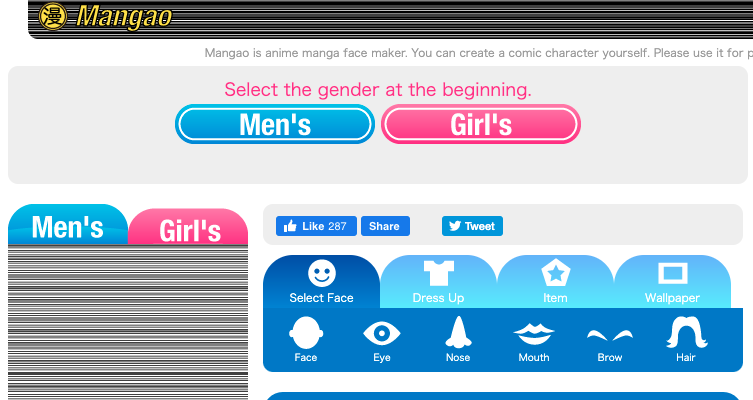 Another good online website for creating manga characters is Mangao. Whether you want to make a male or female anime character, you can use this manga maker to design your character in a matter of minutes.

Start designing your manga by selecting the eyes, face, hair, and other visual elements from the link above. In comparison to the other manga maker apps in this article, it provides a wide range of customization, particularly when it comes to clothing.

The best part is that you can add items like guitars, footballs, baseballs, and other instruments. In addition to goods, you can include pets in your anime character design.

You can also include chat bubbles in your manga if you want. After you’ve finished designing your manga, click the Make Picture button. You can then save your manga as an image. 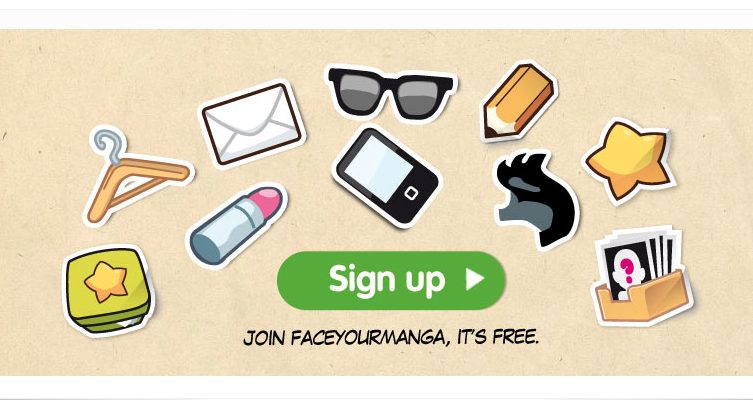 FaceYourManga is yet another online manga creator for creating anime characters. What distinguishes it from the previous manga creator on my list is that it allows you to save the designed manga character as an image.

Aside from that, it functions similarly, in that you must customize the anime character on the screen. To create a manga character of your imagination, you can choose from a variety of facial accessories such as hair styles, glasses, clothes, masks, jawlines, and so on.

In addition, you can use different tattoos and makeup on your eyes, mouth, and other facial features to create an intense or comic character. To access its manga character editing interface, click on the given link.

After that, simply choose a category from the left panel, such as shapes, ears, eyes, nose, mouth, and so on. Once you’ve chosen a category, various designs related to that category appear in the center panel.

Choose any design and it will be applied to the predefined manga character.

Finally, when you’ve finished designing the manga character, click the “SAVE” button in the top-left corner. This will bring up a form where you can enter your personal information and email address. 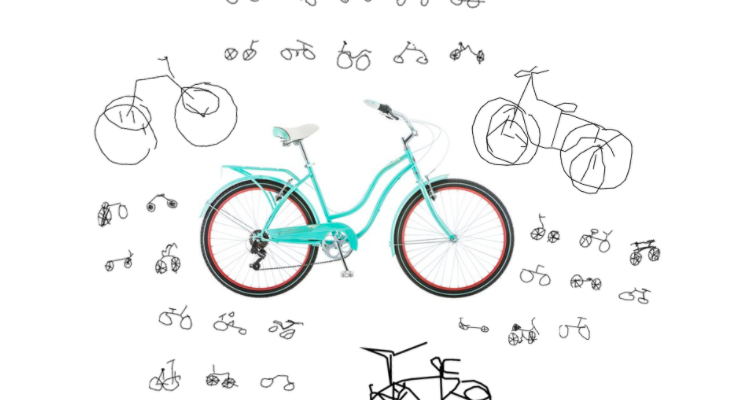 Cartoonify is yet another excellent free manga creator app on this list. It differs from other free manga generator apps in that it allows you to export the designed anime character in SVG and PNG formats.

To use Cartoonify, you do not need to create an account. Visit the website to get started on designing your next iconic anime character. Please keep in mind that Adobe Flash is also required. As a result, enable Adobe Flash in the site settings.

The main interface contains all of the options for customizing the appearance of your anime character. To begin the design process, select the design types for eyes, hair, brows, mustache, beard, clothes, and so on.

The best part is that the changes are visible in real time. When you’re finished, you can reset the design and download it as an SVG or PNG file. Aside from the standard features, you can also generate random manga characters for entertainment purposes. 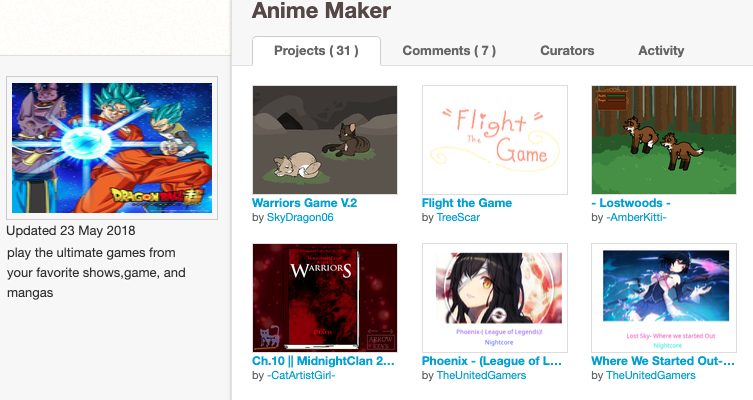 Scratch is a great programming language for kids. Scratch is used by adults as well as children to create games and animated stories. Anyone can create projects for the platform’s community members to enjoy.

While looking for the best online manga creators, I came across a Scratch project that allows you to create anime characters from scratch.

Go to the project’s website and click on the green flag. After that, you can begin designing your manga character by choosing eyes, brows, hairstyles, and so on.

You can customize every detail of your anime character’s appearance with this free online manga maker app. You can dress up your manga character with classic spectacles, a cute necklace, and even clothes.

In addition, you can change the character’s background. After you’ve finished your manga design, you can save it by taking a screenshot.

Making a true manga takes a lot of time, dedication, and artistic talent, but don’t let that deter you from trying.

You can begin by choosing from the list of online manga maker tools. They provide step-by-step instructions for creating your own manga.