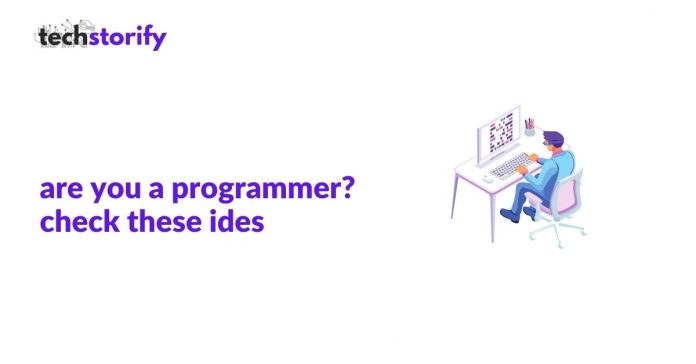 If you are a software developer, you would be well aware of how software testing and writing work. As a programmer, you are proficient enough to code software. However, you might need some basic tools for coding these programs.

IDE or Integrated Development Environment provides all the tools as a single framework that are necessarily required for software testing and writing.

In a nutshell, IDEs make the programmers work a breeze by quickly testing the codes at a single place.

Curious to know about the best IDEs? In this guide, we have shared the Best IDEs for Best Integrated Development Environment that Every programmer should know about.

IDE is a collection or a single framework which programmers use for software development or for writing the codes.

It consists of tools like a source editor, automation tools and debugger. However, these are not just limits. Various IDEs have features different from others.

Some IDEs are browser-based whereas some are available in the cloud. When compared, IDEs on the cloud have more flexibility and functionalities as compared to the offline IDE software.

Why Are IDEs Important?

IDEs are not essential for many developers. However, it is paramount because it brings all the tools at a single place.

Imagine a situation where you want to cook pasta for dinner. You are well aware of the recipe, but you still need the ingredients such as pasta, veggies and spices at a single place.

Similarly, a developer knows how to code. What he wants is a single panacea for all the software coding. IDEs are the software that gives the basic framework to the programmers.

Before sharing the Best IDEs, have a look at the must-have features that you need in an IDE.

Features To Consider Before Choosing IDEs:

IDE software must have the following features:

Considering the above features, we have listed the best 13 IDEs that programmers use. 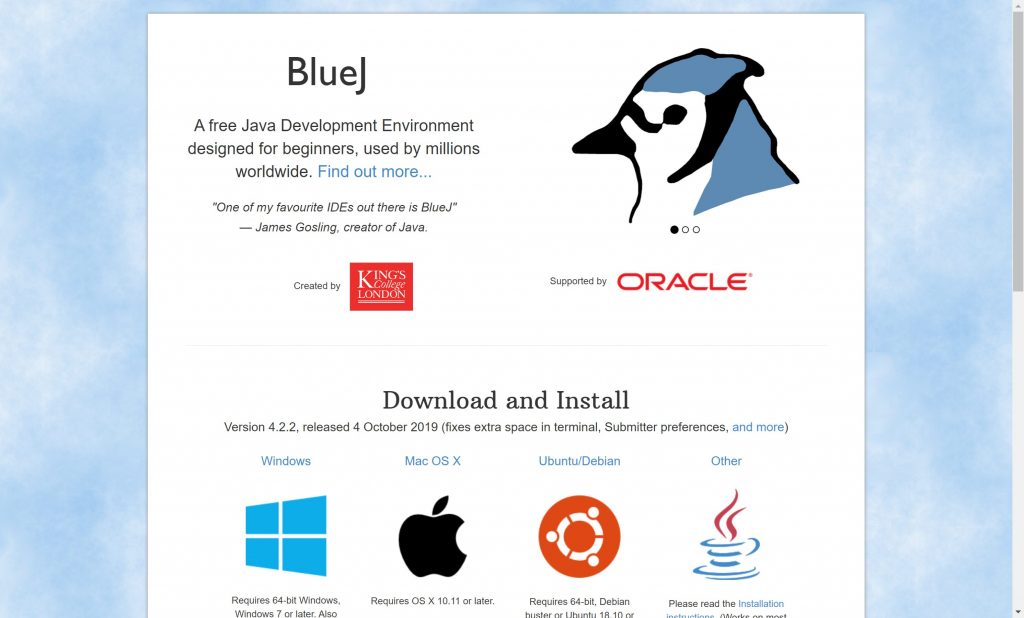 BlueJ is an IDE software that is basically designed for the JAVA programmers. It has an amazing layout and comes with a simple software setup ability.

BlueJ is considered best for companies with small setup or the individual owners. BlueJ has tons of new objects for developing the program of your choice. There are various methods to develop objects using this software.

BlueJ is an on-premise software and works with all the latest versions of operating systems including Windows, macOS, Ubuntu and Debian, and even Linux. The software has various free resources and tutorials to help software testing coding. 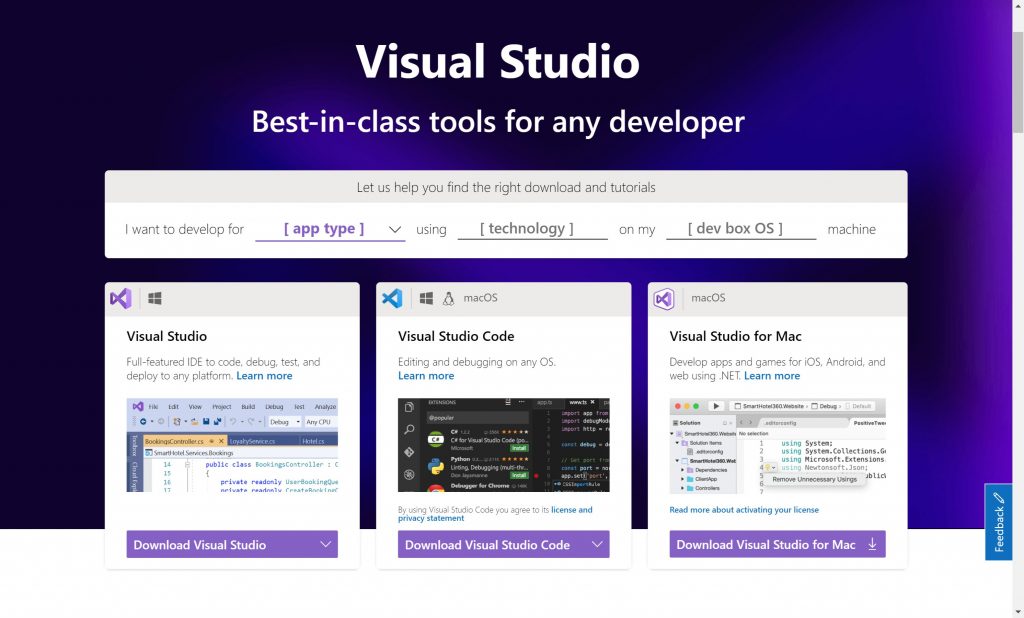 Microsoft Visual Studio is one of the best IDE development tools for programmers that come with tons of features. It is a perfect software to start coding for the newbies.

Visual Studio comes with an AI technology that helps in correcting the source code error. The best part is that it works in all types of OS.

Developers can learn and also track and monitor their performance in real-time. Visual studio has a stellar support feature for syntax highlighting, error diagnoses and performs cross-platform operations.

The only drawback is that the software is heavyweight for the lighter tasks. 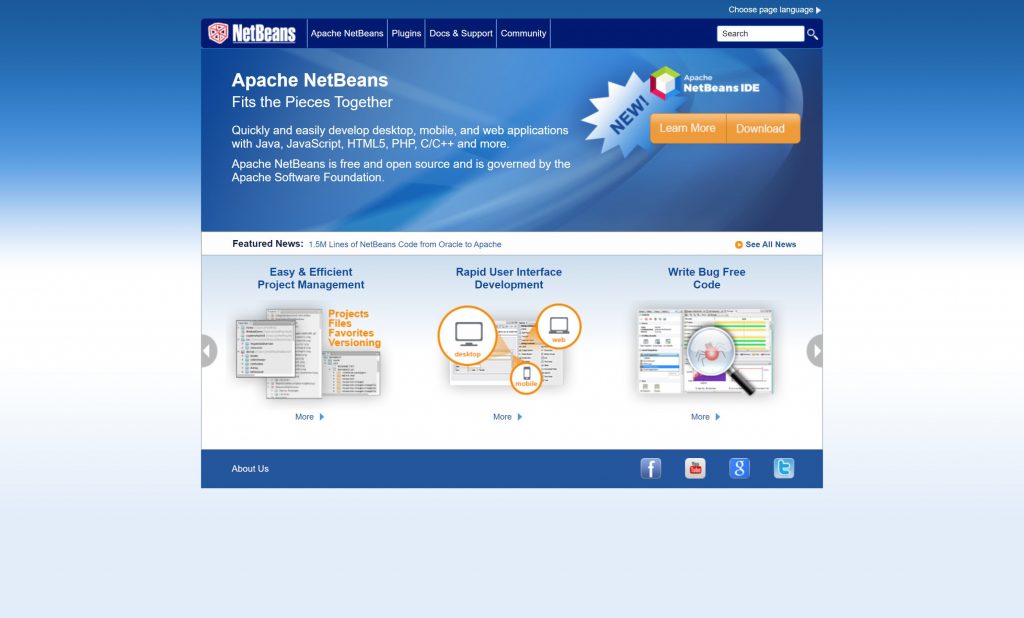 Netbeans IDE is a one-stop solution for all the programs. This program is used to develop various web and mobile applications along with JAVA desktop, and HTML5 applications using CSS and HTML.

Netbeans is a free and open-source community for the developers and hence one of the best places to try and experiment as a newbie.

Along with this, it is available in various languages such as English, Russian and Chinese. The software is designed efficiently to manage projects and highlight the source code. Each workspace is modifiable and the user can modify according to their needs.

Pricing: Completely Free to use

Eclipse is a prolific IDE that is best for programming JAVA apps. This open-source community also provides assistance to the beginners and pros too.

With the addition of various plug-ins and extensions, Eclipse provides the environment for HTML and CSS applications as well.

It has a wide drag and drop functionality along with source code highlighting. This IDE also lets you analyse code in the static environment.

Eclipse gives a holistic environment to the developers that can share the plugins and various extensions among the community. Furthermore, the IDE supports basic elements of development such as debugging and profiling.

Eclipse offers seamless integration with Github and framework like JUnit. This may be a goldmine for various developers who wish to test the software codes. It supports a plethora of languages including C, C++, Java, Perl, PHP, Python, Ruby and others.

Pricing: Open-Source and Free To Use 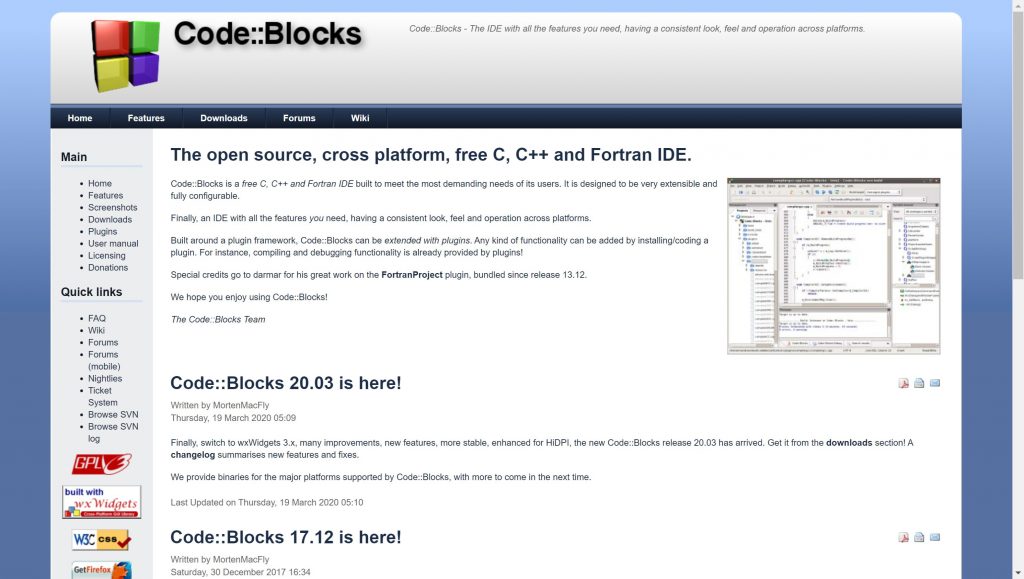 Code:: Blocks is one of the most popular and versatile IDE for software testing. It is an open-source community that is used for C and C++ programmers. Users can configure the program according to their requirements.

Further, users can tweak the IDE and switch between the different workspaces. Since Code:: Block is a cross-platform IDE, it is considered best for easy tabbed navigation.

If you are good at tweaking, you can add various functionalities by adding plugins such as for debugging and compiling. Code:: Blocks takes a visual-object approach for programming and designing.

Lastly, it supports many custom built-in plugins and pre-built plugins.

Pricing: Complete Free To Use 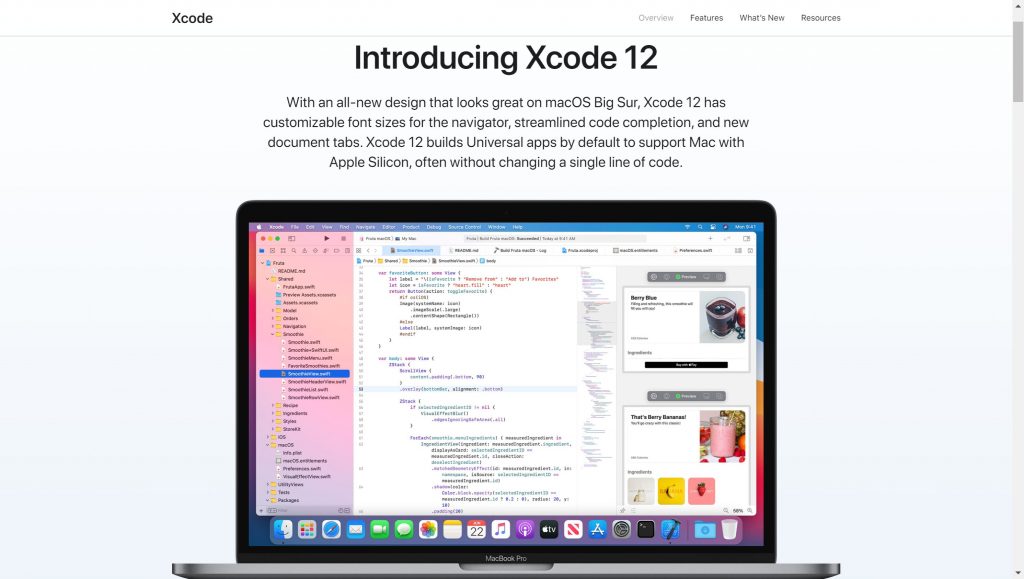 With just a click, the developers can make use of Cocoa touch to create Apple-friendly software. Further, you can enable services such as Game Center.

It provides integration with OS X server to give a compatible platform for analyzing, building and testing the tools. It comes with an interactive console with customizable workflow with tabs, snippets and behaviours.

Pricing: Free To Use 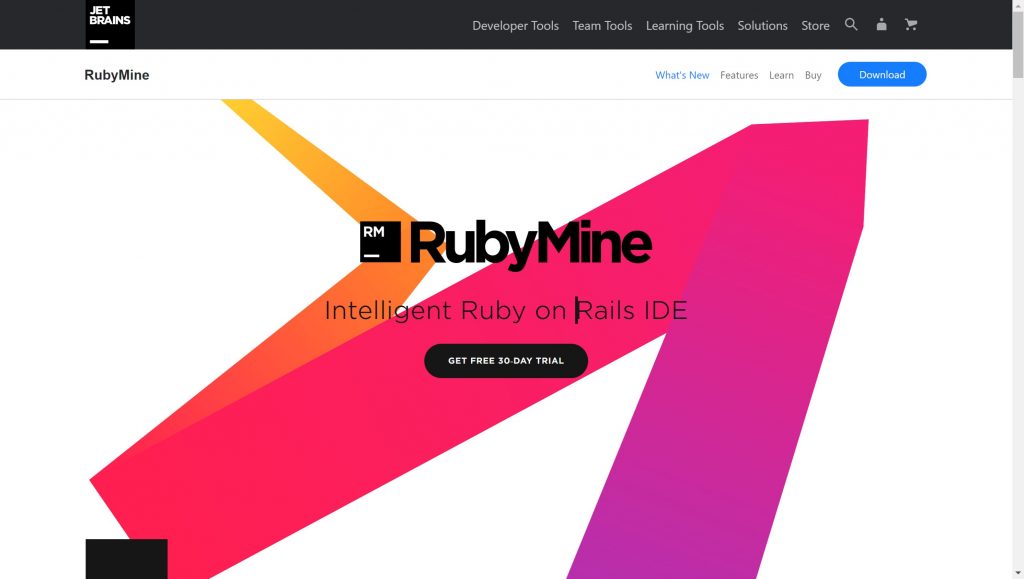 RubyMine is among the most robust IDEs designed for the Ruby users. It is powered by JetBrain and is mostly used for developing the Ruby applications.

However, they have further started developing the apps in programming languages like CSS, SaaS, Less and more.

It offers various features such as syntax and error highlighting, code completion and advanced search tool for file and symbol location.

Lastly, it gives add-ons and plugins for Rail Models Diagram and for Bundled Keyboard schemes.

Pricing: Free To use 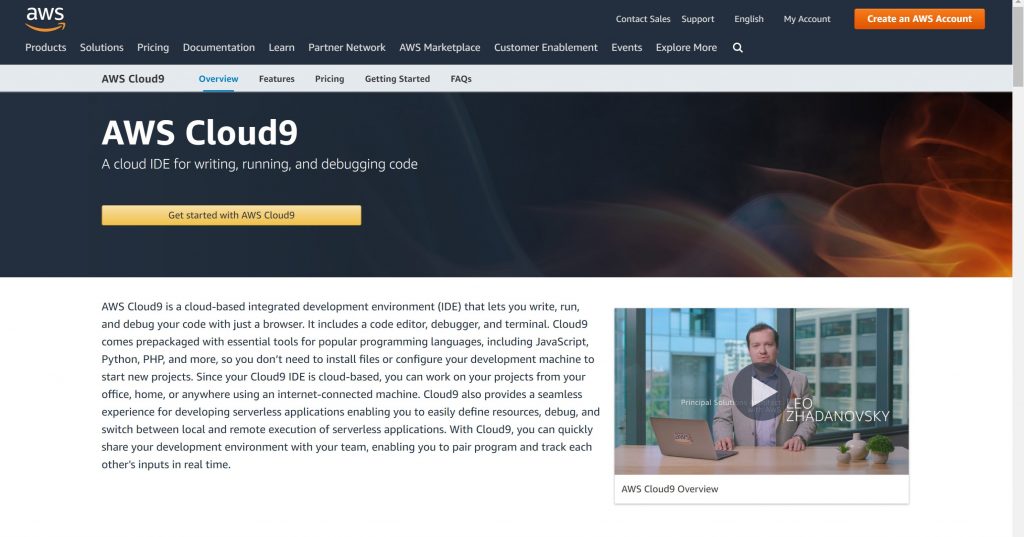 Cloud9 was acquired by Amazon in 2016 and it was already the developer’s favourite IDE in the market. It offers integration that seamlessly connects with Amazon Web Services. This makes it one of the most extendable online IDE development platforms.

Cloud9 offers a plethora of features including syntax highlighting, source code editor, debugging properties, and real-time analysis along with the spontaneous editing interface.

Due to integration with Amazon Web Services, this IDE gives you fast prototyping through terminal assists. AWS offers various themes that let you customize the look of the software. Furthermore, its functionality can be extended using various plugins. 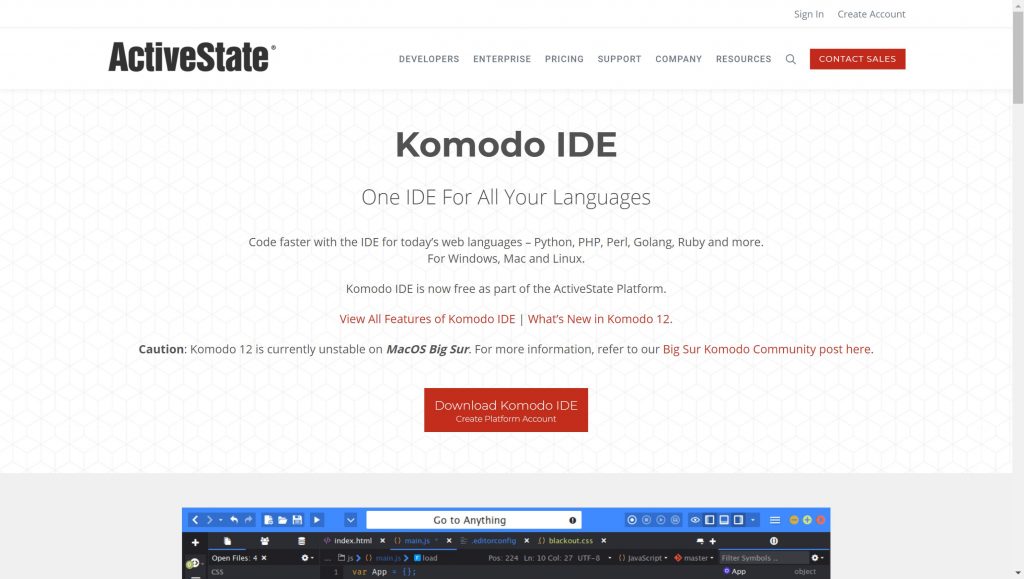 Founded in 2000, Komodo is one of the most trusted IDEs for dynamic programming languages. Though a premium option, Komodo is used by many because of the features it offers.

Perfectly, Komodo is also called as the IDE for all programming languages. Komodo offers tons of features for add-ons and extending features and functionalities. This Integrated development environment gives various Dev tools for collaboration and sharing.

The plugins for Komodo are based on Mozilla Add-ons and extensions. They can even be downloaded and searched or configured within the application only.

Komodo supports all programming languages and hence a viable choice for the developers. These include Git, Mercurial, Subversion, CVS, Perforce and Bazaar versions. 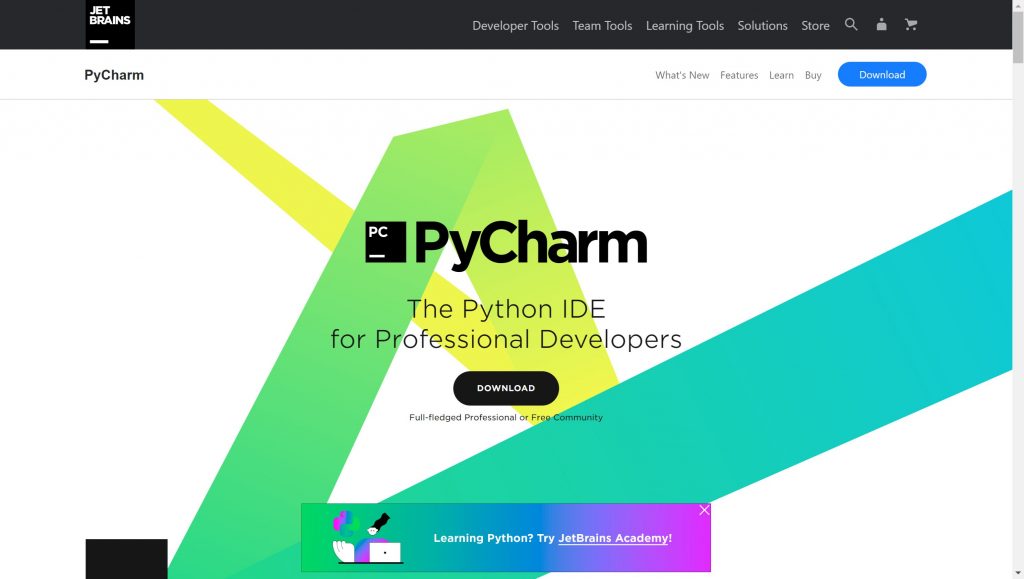 Pycharm is an amazing IDE for the Python apps but the premium plans offer more functionalities. In the premium plan, Pycharm offers various languages with its growing popularity.

It is most compatible with all OS like Windows, Linux and Mac. Pycharm has a sleek and basic framework for web development. The sleek GUI and minimal clutter ensure that code of the program is top-notch. 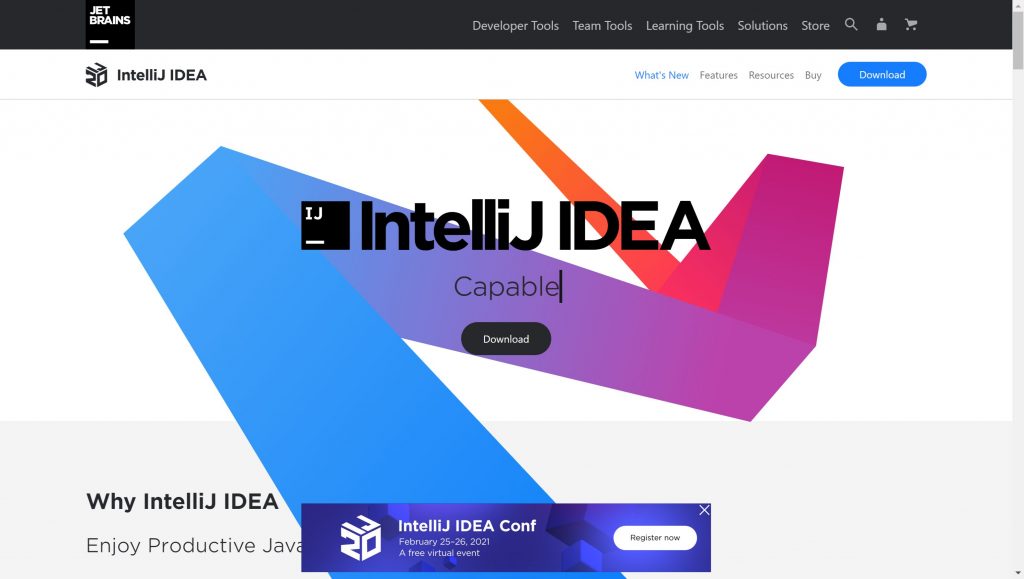 INTELLIJ IDEA is a viable choice and provides the IDE for JAVA. It has a sleek GUI and lets users focus on the features that make it more productive.

INTELLIJ IDEA supports Java 8 and Java E7 offers various tools to develop mobile and web apps that are exclusive for any platform.

Besides this, it offers extensive tools including the integrated version control systems without the use of any plugin.

INTELLIJ IDEA works by indexing the code and gives the relevant suggestions. It also completes the code for you based on the model. The automation feature of INTELLIJ IDEA automates the tasks that could be repetitive.

Besides JAVA, it supports other languages and databases such as SQL and HTML.

This is by far the most popular Integrated Development Environment platform for the web apps. It is an open-source platform used for open web development.

Using this single IDE, users can test and deploy web apps because of the browser specs and fewer compatibility challenges.

It offers a customizable GUI along with support to languages such as HTML5, CSS3, JavaScript, Ruby, Rails, PHP, and Python.

Users can easily collaborate with the team members for merge and pull on GitHub. 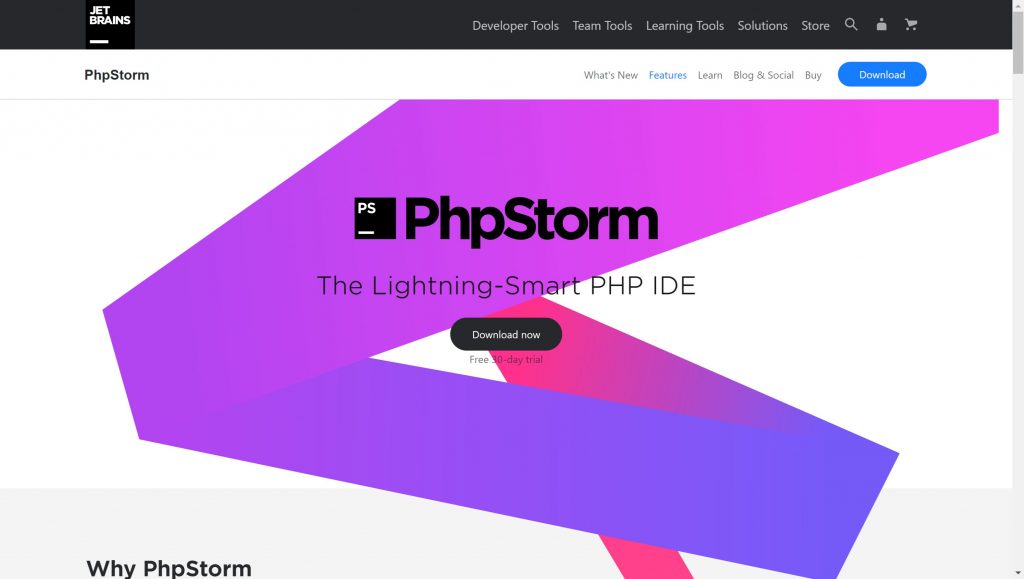 PhpStorm is yet another IDE by Jetbrains and designed for the PHP programming languages. It is considered the best platform because it supports frameworks including Symfony, Laravel, Drupal, WordPress, Zend Framework, Magento, Joomla!, CakePHP, Yii.

However, the major focus is on PHP but they also support front-end languages such as HTML 5, CSS, Sass, Less, JavaScript, and more.

The platform is easy to navigate and offers debugging and testing along with the code autocomplete feature.

Now, that you have read about the features of the IDEs that programmers should choose for development for web and mobile apps, it’s the time to choose one.

Web-based IDEs and Desktop IDEs are both excellent when it comes to features, yet people are more inclined towards the web-based IDEs.

If you are testing simple apps and programmes, we would recommend an open-source platform. For more functionalities, you can get a premium license.

This was our list of Best Integrated Development Environment for Programmers. Do let us know in the comments if we have missed something. 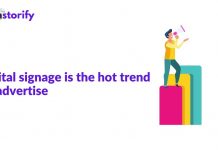 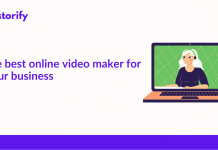