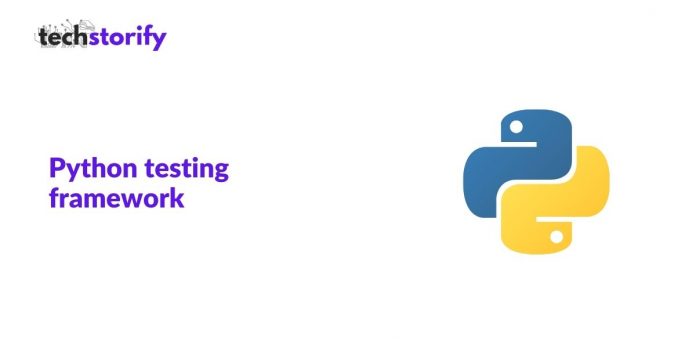 Looking for best Python testing frameworks? This article got you covered! Read further…

Python is a high-level, interpreted programming language that lets the coder write versatile, logical, and convenient code for all kinds of projects, be they small or big.

Python is open-source and is widely developed by developers across the world. It is extremely scalable and suits the best with industry standards in automation, integration, development, testing, etc.

Python’s framework is widely used for testing. These frameworks are optimized, robust, and efficient which makes application programming simpler. It comprises various in-built functionalities like processing the input, and handling the hardware, and software.

The Python testing framework minimizes the bugs and makes it a cakewalk for the complex technologies to work on it.

Python is gaining immense popularity in the field of test automation. Python’s ease of development and its flat learning curve make it one of the most widely used testing frameworks.

The test cases written in Python are easy to write and understand. It also supports a pool of libraries for automated testing. It can be confusing to choose the best Python unit test framework because each has its pros and cons.

But, every project and industry has different requirements and restraints.

This article will discuss the eight best Python Frameworks of 2021 that should be used for testing. 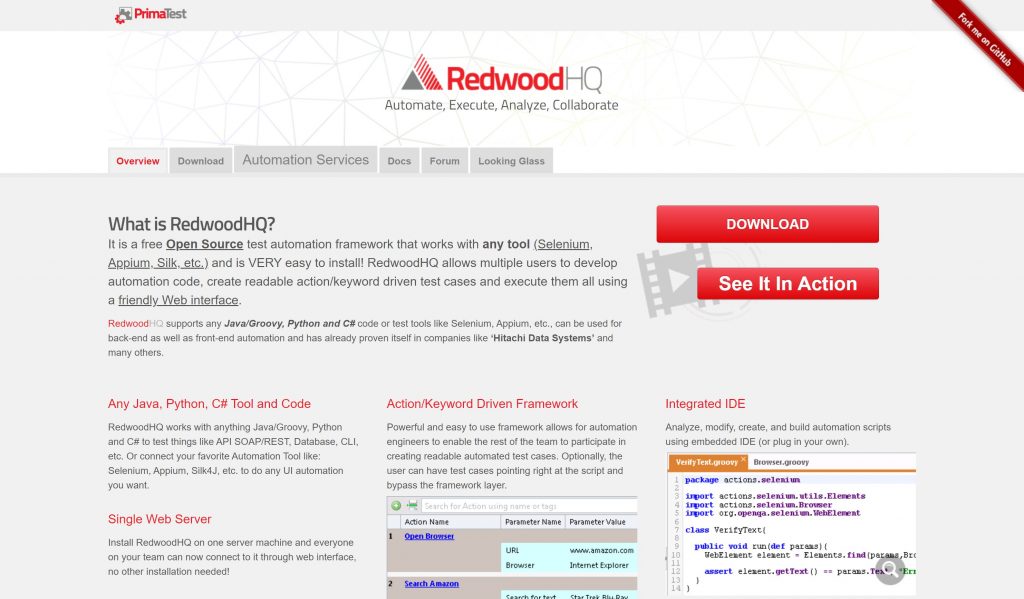 This Python testing framework allows the association of multiple testers in a single web interface. These testers can execute the side of the test by side.

This framework has full management and automation of the testing process. It creates test cases quickly and easily. The user can write these test cases either in Python or Java, C#, etc. It also keeps a record of all the test runs done.

Here, you just have to find the action you wish to perform, drag it to the test box, fill in the parameters, change their values and get a full test report.

It is one of the most user-friendly platforms for all kinds of users.

It has the following pros and cons:

It does not have any significant cons worth mentioning. 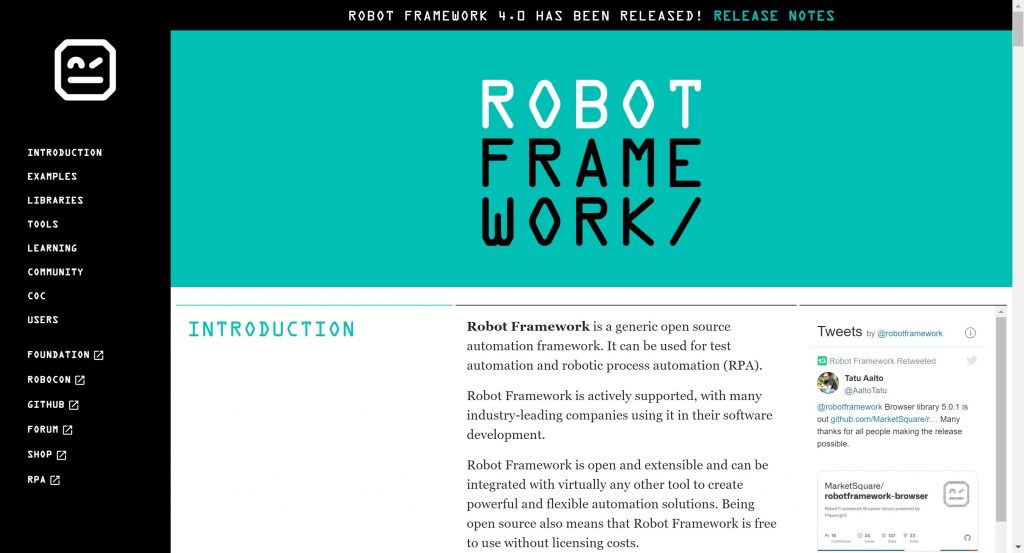 The Robot Framework is the widely used Python testing framework and is an open-source and expandable framework. It has a very easy and understandable syntax because it uses human-readable keywords.

This framework is widely used for Acceptance Testing and Test-driven Development. It can run.Net and Java, and also allow automation testing on various platforms like Mac OS, Windows, and Linux for mobile, window, and web applications.

Here are its pros and cons: 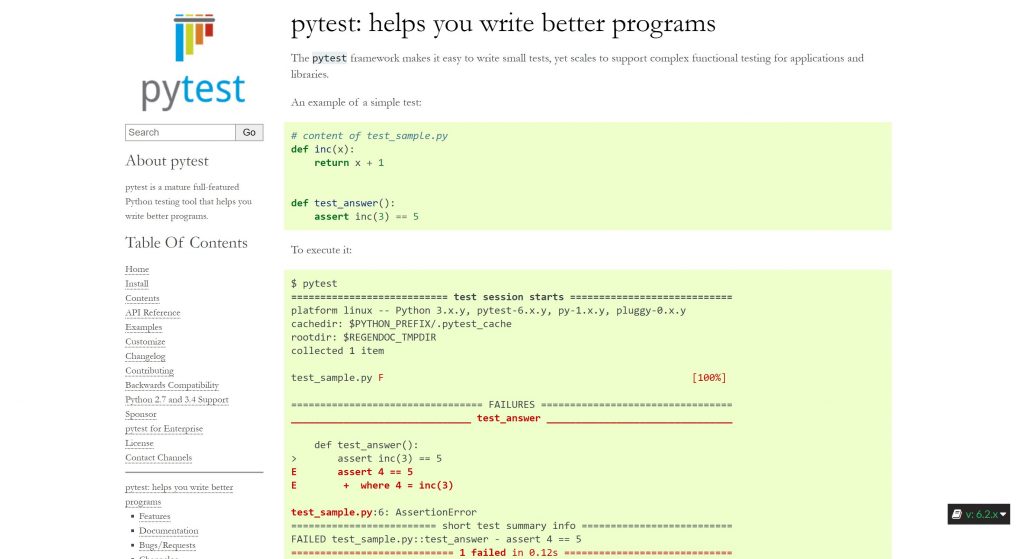 PyTest is a great testing package that helps in developing scalable tests quickly and understandably. It is an open-source framework that builds tests that work for both simple and complex test cases.

It supports all kinds of software testing and is widely used by testers across the globe. Python unit test framework requires the working know-how of Python, a Python package manager, an IDE, and a command-line interface.

PyTest has an extensive library that gives a detailed analysis of the assertion.

The test suites are not compatible with other testing frameworks. 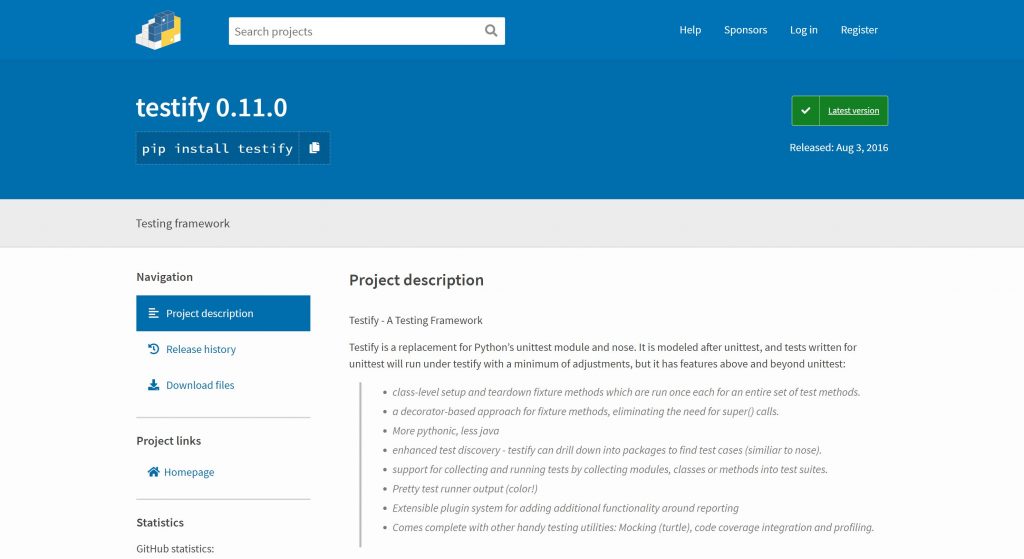 Testify is yet another famous Python testing framework that helps in performing integration, automated unit testing, and system testing. It comes with an extensible plugin that offers useful reporting functionality.

It was designed to replace the Nose and Unittest frameworks. So, the tests written for Unittest will need less work and adjustments in Testify.

Testify is a great Java implementation of semantic testing.

Here are its pros and cons: 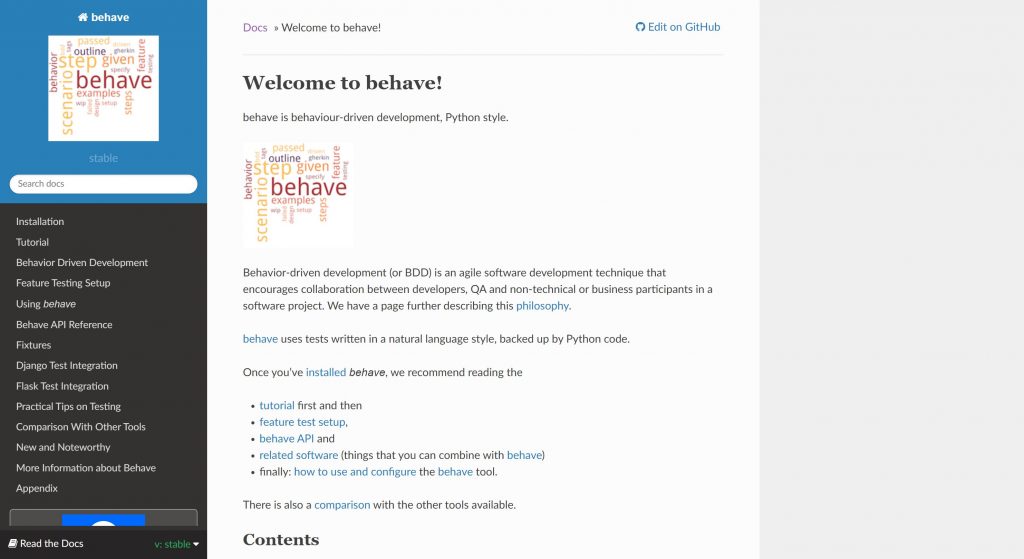 Behave is a widely used Python testing framework and is also referred to as Behaviour Driven Development (BDD) that allows Black Box testing. It uses natural language for writing the tests and works with Unicode Strings.

Its directory is wide and contains feature files in plain text format. It requires a Python 2.7.14 or above version. 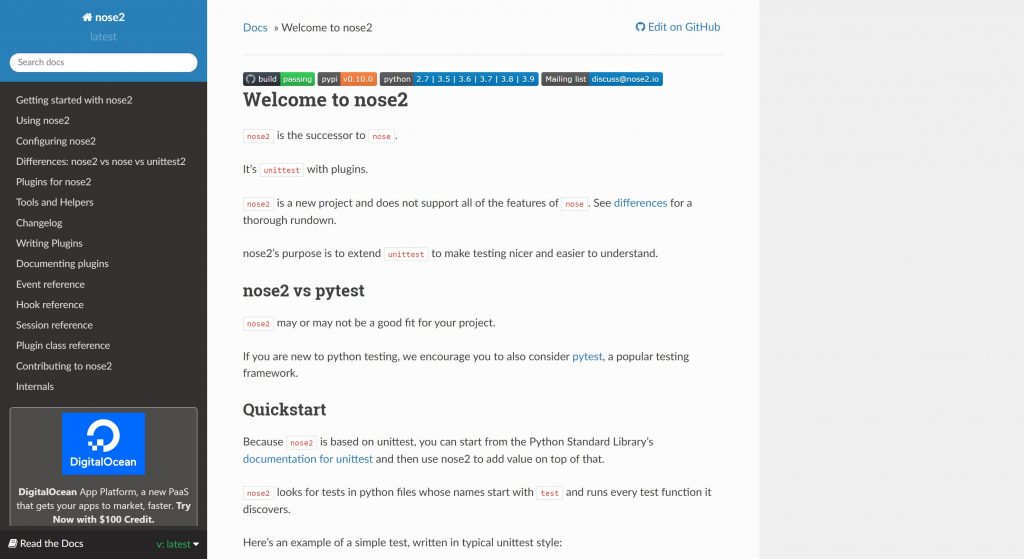 Nose2 is an excellent Python testing framework and is based on Unittest. It supports the PyUnit framework and provides plugins for the execution of the test, automatically discovering the test cases, and gathering the documentation.

This framework makes testing easy, simple, and quick. It supports classes, modules, package fixtures, etc. the pros and cons of Nose2 are:

Lettuce is yet another good Python testing framework that supports BDD testing. It is open-source and can be installed on PIP, i.e the Python Package Manager. It is a highly useful platform for Behavioural Driven Development Testing.

This testing framework makes the testing process funny and easy. The names of its different releases are derived from the green things.

It has the following pros and cons: 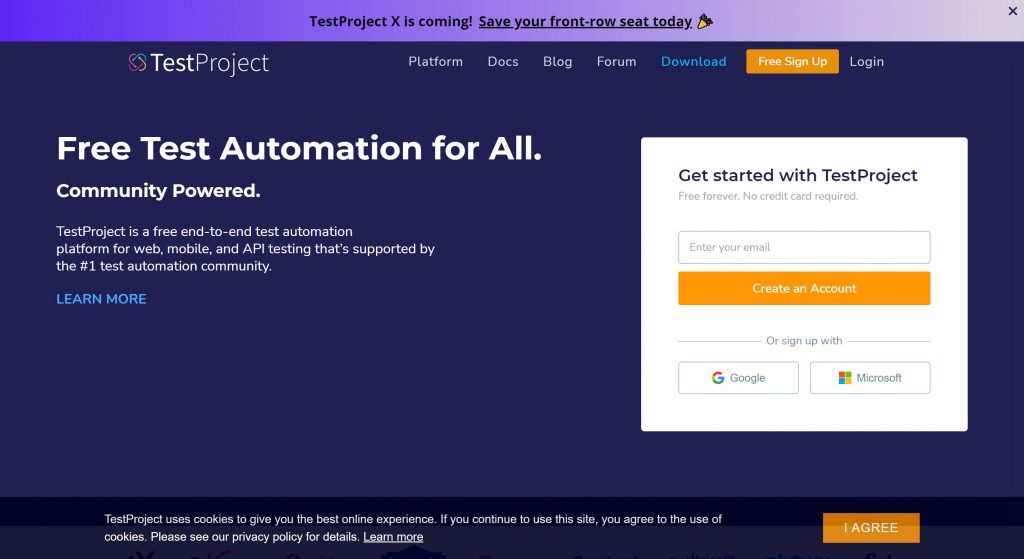 TestProject is a wonderful and complete automation framework that provides HTML and cloud reports. It is free and helps in the easy development of test automation for mobile, web, or general purposes.

It is a single-agent executable framework that comprises all the third-party libraries for the development and execution of test automation.

This platform remains updated with the latest driver versions, at all times.

All the above-mentioned testing frameworks are great and serve different purposes.

This article discusses the top eight Python testing frameworks, and each has its pros and cons. Selecting the right one depends entirely on the requirement of the project and the competency level of the available team.

Like, if you have a team with non-technical members, then you can try BDD tools. There are several questions that you need to ask yourself first before choosing the best Python testing framework. But, using a tight and easy framework will surely make the task easier and bug-free.

The developer can utilize his time and efforts on high-level functionalities without bothering about the low-level ones.