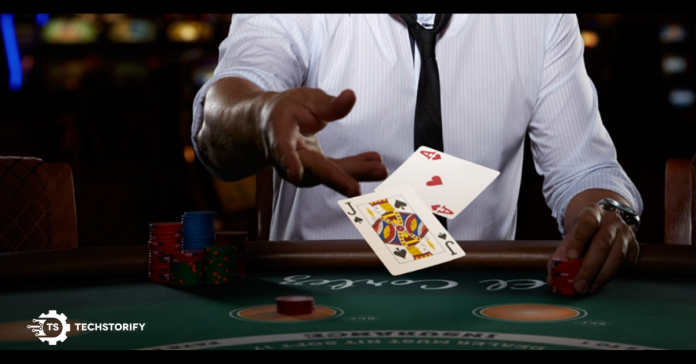 Advertisement
The 2020s are almost upon us, although that feels hard to believe at times. In the iGaming industry, the 2010s were hugely successful, both in terms of growth and in making breakthroughs in technology that will set it up for the future. And during the 2010s, there was nothing more consequential than the arrival of live dealer casino.

Live dealer casino was, for want of a better term, a game-changer. It effectively gave another arm to the online casino industry, not to mention creating 1000s of jobs. But, crucially, live dealer casino gave the industry a platform to build on for the future, and that’s what we are interested in here.

First of all, a brief explainer: What is live dealer casino? As you might expect, live dealer games are those played with real dealers through your computer, smartphone or tablet. Log on and you will see the live dealers shuffling the cards, spinning the roulette wheel – everything they do in a real casino. The dealers are set up in studios, and the action is streamed to your phone. Incredible console technology is the key here, as it allows for the seamless placing of bets and results in real-time.

Essentially, the arrival of live dealer casino meant that there was a clear line between the realism of one side of the casino industry and the escapism of virtual games in the other. Yet, it’s clear that there is an appetite for both types of entertainment. And, it seems that the lines will be blurred between the two in future. In short, live games are likely to move away from the idea of classic casino games (roulette, blackjack, etc.) and embrace technology to deliver something a little different.

What will that ‘something a little different’ be? It’s hard to say with a degree of accuracy, but we do have plenty of hints. The first concept suggested is the idea of a social live gaming scene; basically, an online space where the casino games are secondary to the interaction between players and croupiers.

We saw some evidence of this during the FIFA World Cup 2018, when NetEnt launched a live football studio game. The idea was that you could discuss the on-going football games, as well as playing casino games. You should expect to see more of this, creating a kind of community element in the same manner as a popular YouTube channel.

VR Will Play an Important Role

Yet, there are other possibilities that could involve the use of VR. The use of technology looks set to grow substantially over the coming decade, especially in combination with smartphones. You can see the allure for players putting on a headset and ‘transporting’ themselves to a real casino, but, arguably, we can see this going much further than playing a few hands of blackjack.

More creative games are possible, and perhaps even probable. Monopoly Live – a live dealer game launched by Evolution Gaming – looks a forbearer in this department, with parts of the game played out on a virtual Monopoly board. Combine this with VR (or MR – mixed reality), and you have some exciting possibilities.

This combination of social live gaming and VR really gives casinos a blank canvas for creating new types of games and experiences. Indeed, the fusing of social interactions and VR seems to a key concept outside of the casino industry too.

When you log on to a site towards the end of the decade, there is a fair chance you will see something very different than you do today, and you are likely to experience it in a completely different way.