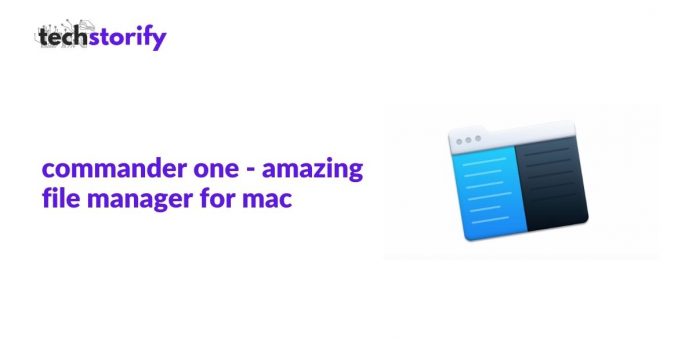 Commander One is a file manager for Mac developed by Electronic Team entirely on Swift. It’s a dual-panel file manager for macOS. It’s a super-powered alternative to the native Finder app, which comes pre-installed on the Mac OS. It does everything the Finder app does, as well as plenty of other customizable options.

Commander One is a file management solution for Mac; currently, it’s the best alternative to Finder. Commander One allows you to work on multiple platforms simultaneously since it is a dual-panel manager. Gone are the days when you had to switch back and forth through separate windows to do your work; you don’t have to open separate windows; you can open an unlimited number of tabs in each panel.

Commander One 3.0 blends seamlessly with the Mac OS’s user platform since it is programmed in the Swift language. A file manager’s basic features are provided with it, such as creating, deleting, moving, altering, and renaming files and folders.

Why is Commander One better than Finder?

A very genuine question would arise, why look for other alternatives when MacOS already provides us with its file management app, the Finder. After all, Finder is free of cost and does everything that the user requires?

The reason behind that is, Commander One is much better than Finder in so many ways; one of the biggest advantages is the dual-panel browsing feature. It’s one of those features, you wouldn’t mind if it’s not there, but once you have used it, there’s no going back. Once you’ve used and got accustomed to Commander One’s dual-panel feature, it is simply impossible to go back to Finder.

Small things make a huge difference; common commands using the keyboard allows you to execute complicated tasks with relative ease when using Commander One. For instance, when two panes are open in commander one when you click F5, the file selected will be copied to the folder open in the second panel. F3 opens the file in quick look mode, providing more options for different file types. Small things like these, as I mentioned earlier, make a huge difference in the overall experience. 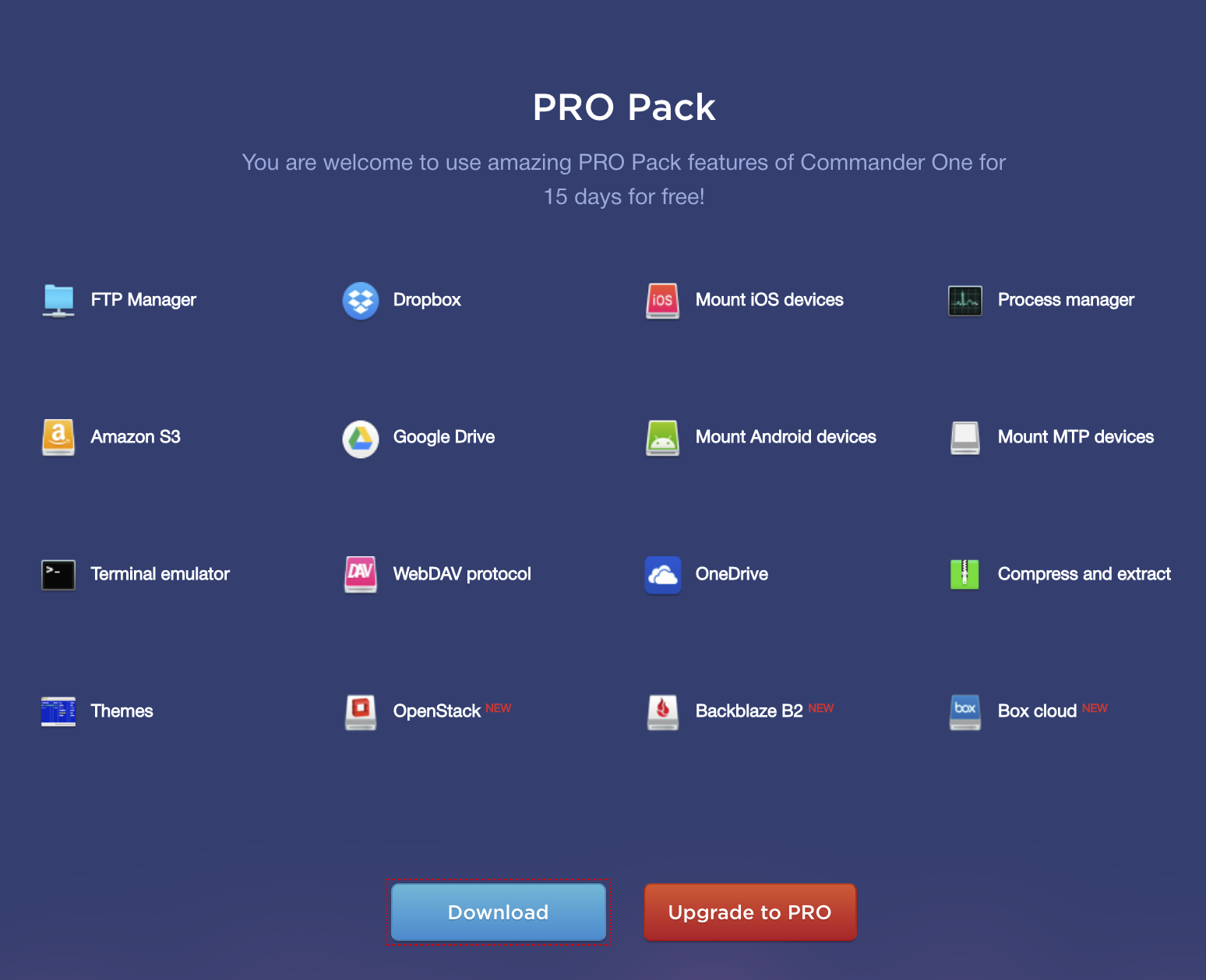 Features of Commander One

The above mentioned are just a few Commander One features; numerous other features give Commander One an advantage over the native Finder app.

There’s a free and a Pro version of the Commander One app; the pro feature unlocks a few more benefits to the user to utilize Command One to its fullest capability. These features are – Amazon S3, Dropbox, Google Drive, WebDAV, and compress and extract ZIP, TGZ, RAR, TBZ, process viewer, 7zip files, and personalized themes. Also, it’s a very convenient and secure FTP client for Mac.

The greatest and most popular enhancement included in Commander One is Cloud Storage Support. Along with that, Commander One provides direct access to numerous cloud storage platforms mentioned above.

Command One’s previous version was no joke; it changed how Mac users managed their files on their devices. But there’s always room for improvement; the same was the case here as well. The app developers listened to their customers, took their feedback, and made changes to create an even better experience for their users.

Commander One’s 3.0 version supports the latest MacOS version, Big Sur, the 17th version of MacOS. This translates that Commander One 3.0 is supported on all the latest versions of the MacOS.

Commander One 3.0 is also compatible with MacFUSE 4, which extends the file system support. MacFUSE 4 is in-built in the MacOS X Kernel, which acts as a bridge between the non-native file system and the operating system.

Above all these new features in Command One 3.0, the existing ones were also improved significantly, making the experience very smooth and easy for the users.

There is also an overall improvement in terms of stability and performance of the MacOS 11, plus compatibility and functioning with Google Drive, Dropbox, pCloud, and Amazon s3.

DD-WRT vs. Tomato vs. OpenWrt: Which Router Firmware Is the Best?