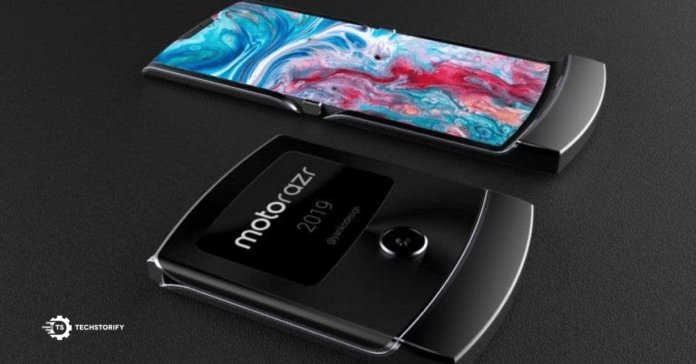 A few years ago Nokia started to revive themselves with a newer version of their iconic phones like Nokia 3310 and the Banana Phone – Nokia 8110. Motorola seems to follow the path with some twists.

First of all the new Motorola Razr comes with a display which folds like Samsung Galaxy Fold. But their uniqueness is rather than opening like a tab from a phone, it opens to a phone with regular display size. Although the phone comes with a mediocre processor which might make you think twice before purchasing the device. Let us dive in to explore all the details we know so far.

Motorola Razr – All You Need to Know

On July of 2004 Motorola first introduced the original MotoRazr. It is been 15 years, still, the design aesthetics stuck in every 90’s kids. It was a great feeling to accept a call with a flip and enjoy the slap sound while closing the lid. Motorola did justice with the new MotoRazr with the same design philosophy.

First of all the device looks the same from the front and back, only without the T9 keypad (obviously). When folded, with the 14 mm thickness of the phone is also same as the original model. While unfolded, it is as slim as 6.9 mm, much thinner than a regular smartphone.

The hinge is much improved than the competition, as while unfolded you will not be able to spot any seam on the plastic display. If you look closely you can see the display slides under the chin when folded and stretches out while unfolded. Just like Samsung, Motorola has told that they tested the mechanism a thousand times to ensure the display will not break or tear apart.

The body of the device is plastic and the back is polycarbonate, so it does not feel premium in hand. But for longevity, I think it is better than glass any day. The hinge is also thick, and that holds most of the important hardware, like the speaker and the fingerprint scanner.

Motorola updated the charging port with a USB-C one, but if you like to listen to music through a 3.5 mm headphone jack, I will suggest you get the original MotoRazr. The smartphone comes with a small fully functioning 4:3 touchscreen on the front also, more on that later on.

Motorola Razr comes with a 6.2-inch pOLED display with 21:9 aspect ratio and 2142×876 pixels. The display has a notch on the top which houses the front-facing camera sensors and the earpiece. Another design choice Motorola added to the display is the top and the bottom side is slightly rounded.

The display gets bright as much as most of the OLED display and blacks are pitch black. To protect the screen Motorola added a special coating which makes it splash-proof and more resistant to scratching than most plastic OLED displays.

While folded, there is a 2.7-inch gOLED panel with 800×600 pixels. Motorola calls it a Flex View display. The main purpose of the display is to give you quick notifications and help to take selfies with the main camera. If you prefer to text with google assistant, you can do that without unfolding the MotoRazr.

Unlike most of the phones, the MotoRazr has only one 16MP main camera with f/1.7 with electronic image stabilization. When unfolded there is a 5MP front-facing camera with f2/.2.

As mentioned earlier, you can take selfies with the main camera when the phone is folded. Also as the second camera is only 5 MP, it is there mostly for the face unlock feature, which only uses your image.

As of now, we do not have much information about the camera performance, but we are not expecting it to compete with powerhouses like Google Pixel 4 or iPhone 11 Pro. When using the main camera unfolded, the smaller display shows an animated character smiling. It is a sweet feature, but if it showed the viewfinder, it would be easier to understand how you might look in the final shot.

MotoRazr falls behind all the flagships when it comes to raw performance. The phone comes with a Qualcomm Snapdragon 710 Octa-core chipset, which is a mid-range processor paired with 6 GB of RAM and 128 GB Storage. Motorola informed that they used this chipset to balance performance with battery savings and heat.

To be honest, all the day to day task will be fine. You can also play games like PUBG Mobile without any hick-ups in low to medium settings. Motorola clearly did not want to compete with any flagship smartphones. But to enjoy the nostalgia maybe this is something you have to deal with.

MotoRazr comes with Bluetooth 5.0 and NFC. One thing to keep in mind though, it does not support any physical SIM.

After the raw performance, the battery is another negative point of the new Motorola Razr. The phone has a small 2,510 mAh battery, as a result of the folding design. To compensate that you get a 15W TurboPower fast charging brick in the box. But that is also not great when there are phones with 45W ultra-fast charging capabilities.

Obviously, the phone comes with Android with a close to stock feel, but the version is 9.0 Pie. Motorola also did not disclose when they will push OTA update to MotoRazr, so there is that. In contrast, there are some nifty features, like twisting the phone to turn on the torch, which is known as Moto Actions.

MotoRazr will be available for pre-order from December 26 and will be delivered from January 2020. The phone is only available in Verizon in the US and will support eSIM.

The phone has only one variant of 6 GB and 128 GB which comes at a price of $1,499. Yes, it is much cheaper than Samsung Galaxy Fold or Huawei Mate X, but those phones come with a much larger display and top-notch internals.

This is the first generation folding phone from Motorola and that is the only reason the price is so high, even with mediocre internal hardware. They had to do a lot of research, and you have to give credit for the display which does not have any crease and slides in and out.

But neither the internal hardware nor the cameras are the selling point of this MotoRazr. This is a device which will make you want to flip again. It will bring out the nostalgia you had for the original Razr. If that is something you really care about, this is the device to get. 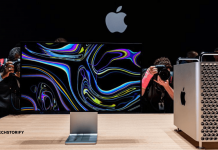 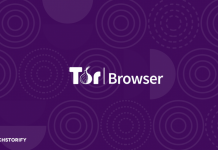 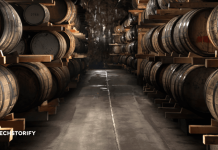 Microsoft Introduces The World’s First ever AI Generated Whiskey – We are not Kidding! 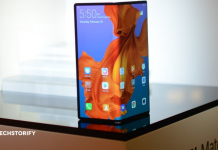 Google blocks Huawei: Foldable Phones Might not be ready for Today!

When Does an Old Smartphone Become Unsafe to Use?