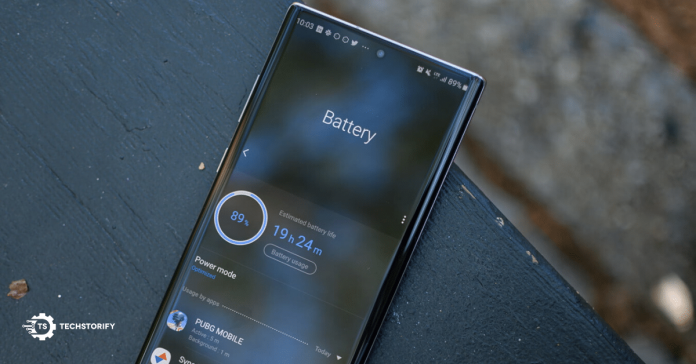 The Note series has always been known to be the best smartphone from Samsung and Android. So to spice things up, Samsung introduced two of those this year. The maxed-out version is the Samsung Galaxy Note 10 Plus.

Obviously, the star of the show is the S-Pen, which is only available in Galaxy Notes. But does this year Samsung did justice to the Note line up? Let us dive into all the major pros and cons of Samsung Galaxy Note 10 Plus.

First and obviously, you get the Note 10 Plus in the box with a 25W charging brick. This charger also supports USB Power Delivery (USB-PD) which means the charger and the phone can communicate to set how many volts and amps will pass through.

Other than that you will get a USB-C to USB-C cable and a headphone, tuned by AKG which is also USB-C type. Samsung also includes a USB-A (female) to USB-C (male) adapter in the box.

Samsung took one step further when it comes to the design of Galaxy Note 10 and Note 10 Plus. The bezels are slimmed down a lot and the camera is placed on top of the display, without any notch. Because of the small camera cut out, you will start not to notice it that much.

The phone comes with a more boxier design than before but that does not feel uncomfortable in hand as the sides still have smooth rounded edges. It is as thin as 7.9 mm and almost the same footprint as last-gen Galaxy Note 9.

Note 10 Plus has the same glass and metal design and comes in 3 colour variant – Aura Glow, Aura Black and Aura White. I just love the Aura Glow version, as it changes the colours depending on how light is hitting it and split into a rainbow. Just after the S Pen, the Aura Glow colours can be the reason to get the phone itself.

Now with all this mesmerizing looks, in case you missed, there is no heart rate monitor or a dedicated headphone jack this year. Samsung informed that not many people were using the heart rate sensor, as the smartwatches have this feature, which is handier.

A piece of good news is there is no dedicated Bixby button, as it is packed into the power button. Unlike the smaller Note 10, Note 10 Plus has a microSD expansion slot.

Samsung has always pioneered smartphone display technology. This year Samsung has won 13 DisplayMate awards for the display of the Note 10 Plus. The display is bright is enough for outdoor visibility and the colours are best in class.

The only thing missing is a 90 Hz or 120 Hz display, but maybe Samsung did not include it better battery life.

For biometric authentication, Samsung has added an ultrasonic fingerprint sensor which is buried under the display. The sensor is not anything new, and the unlock speed is not one of the fastest, to be honest. But as they have removed the Irish Scanner completely, it is your best option to unlock the phone without putting your password.

Bluetooth 5.0, ANT+, NFC, GPS, Galileo, Glonass and BeiDou location services all are included in the package. For water and dust resistant the phone has IP68 certification, so some splashes of water will not do any harm.

Galaxy Note 10 Plus is packed with the best specifications Samsung could offer, so performance is great. It also surpasses their own Galaxy S10 by an inch. Although, if you are only interested in gaming Asus ROG Phone II and OnePlus 7T will be a better choice as they come with the improved Snapdragon 855 Plus processor.

Samsung has come up with their new user interface on top of Android 9.0 Pie, called One UI and it is far better than their previous iterations. There is also the system-wide dark mode and with the AMOLED display, it also saves a lot of power.

Samsung is not one of the most trusted brands for updating their phone with android versions, but hopefully, Note 10 Plus will get support for 2 years, and security patches for 3 years.

The phone has a 4,300mAh battery which is moderate for the screen size. Most of the days you will able to get a screen on time of about 5 hours, which is not bad. But it is certainly not a 2-day phone. Samsung is playing safe when it comes to the battery from the last few years, because of the Note 7 incident.

On the other hand, the phone comes with a 25W charging brick, which can charge the battery from 0% to 100% at almost 75 minutes. If you want faster charging, the phone has support for 45W charger. But you have to buy that separately.

For selfies, there is a single 10 Megapixel camera with f/2.2 and 80-degree field of view.

As you can see, the camera sensors are effectively the same as the Galaxy S10 Plus. But Samsung has improved the software and the processing a bit. Overall colours and HDR are on point. But for the sharpest shot, you might wanna use the standard camera.

The depth vision camera is used for making 3D models of objects. You can manipulate them later on or export to software like Blender. To be honest, this is a cool feature but not something you will be using daily.

The only place where the camera falls apart is low light performance. Although it captures the moment, it is nowhere comparable to Google Pixel 4 or iPhone 11 Pro outputs.

The phone also comes with some extra effects when it comes to video. You can use the software-based background blur, or add glitch effects. Galaxy Note 10 Plus can record 4K videos at 60 FPS. For slow motion, it has 960 FPS support at HD and 240 FPS at Full HD. The videos are also good quality and while zooming in to the subject, the audio level from that direction goes higher.

Most of the people who get the Note love their phone mainly for the S Pen. With all previous features, the new S Pen has a gyroscope in it which gives it the ability to perform ‘Air Actions’.

With that, you can swipe up and down to change camera mods and swirl it to zoom in or out. This is not something revolutionary and most of the time the phone will be on your hand while taking pictures.

Samsung Galaxy Note 10 Plus costs $1,099 for the 256GB storage variant and $1,199 for the maxed out 512 GB storage option. But most of the time Samsung devices do not hold their price for a long time, so you will be able to spot the phone with much less price tag pretty soon.

Note 10 Plus comes with a premium price tag, but there are features which are exclusive too. No other phone has a stylus like Galaxy Note, nor the style statement. Also as there are two variants this year, so if you want to taste the S Pen and most of the features, you can get the smaller alternative – Galaxy Note 10 too. 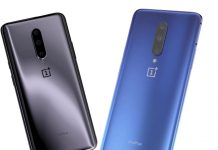