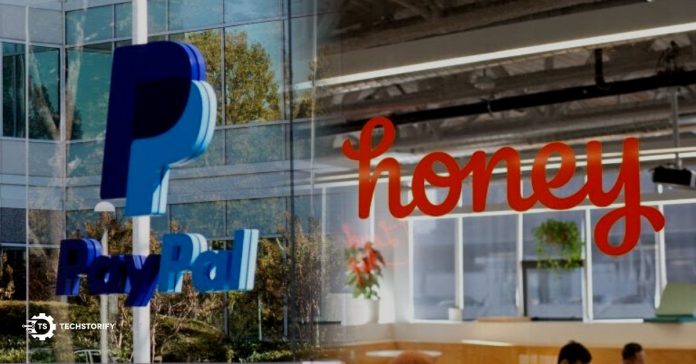 PayPal announced that they are going to acquire Honey Science Corporation for $4 billion.

Till date, this is PayPal’s largest acquisition and it will then an upper hand when it comes to payment on online shopping sites as they will put PayPal as the default payment service.

Honey was founded in 2012 as a web browser plug-in which keeps tracks sales and retailers’ promo codes. So when checking out Honey can automatically put the best possible promo code to save some cash on your behalf. As it does not need any consumer interaction at all, it grows as an easy choice for online buyers.

Later on, the company rolled out features like the item’s price history. Honey launched DropList in 2017 which would track and alert users for price drops and find travel deals.

Now Honey has 17 million monthly active users and it works in approximately 30,000 merchant websites of fashion, technology, travel. Honey informed that its 10 million users had saved over $800 million and as of today, their 17 million users have saved more than $2 billion.

With this acquisition, PayPal will expand its 300 million user base, while getting more business on its main brand.

PayPal SVP of Global Consumer Products and Technology, and former Xoom CEO, John Kunze said, “What’s exciting is that we can take the functionality Honey now offers — which is product discovery, price tracking, offers and loyalty — and build that into the PayPal and Venmo experiences.”

PayPal already has 24 million merchant partners, and now they will gain the ability to personalize promotions to consumers extensively.

President and CEO of PayPal stated, “Honey is amongst the most transformative acquisitions in PayPal’s history. It provides a broad portfolio of services to simplify the consumer shopping experience, while at the same time making it more affordable and rewarding.”

The acquisition also gives PayPal a way to regain the stronghold against their old rivals like Visa, Mastercard, American Express and Discover. On the other hand not letting Apple, Google, Facebook and other tech companies gain control over the payment market.

Honey co-founders George Ruan, Ryan Hudson and the Honey team of 350 employees are now joining the PayPal team. They will be working on product integration and scaling the technology. The headquarter will still be in Los Angeles.

PayPal is going to hold a conference call at 2 PM PST to discuss the idea further.