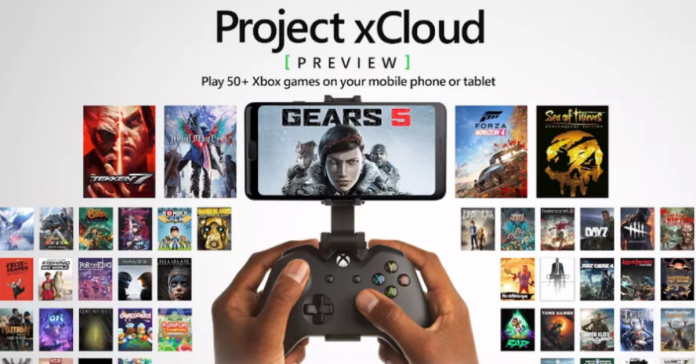 Advertisement
Microsoft xCloud is offering a library of 50+ games from various big studios. It is also entering the Indian market next year.

Online streaming is the next wave in the global gaming industry and big giants like Google and Microsoft are gearing up to capture the market. Google has Stadia as a streaming platform, and Microsoft has Project xCloud. Both brands understand the need for this market and are being supercritical with their offerings.

2020 is going to be exciting for the gaming industry.

Recently, Microsoft announced that they would offer a pool of 50 games on their cloud gaming stream taking on the head to head competition with Google Stadia. They also announced that third-party support on Sony PlayStation, DualShock 4 controllers and others will be provided.

This news brings excitement and great anticipation around streamers across the globe. Microsoft xCloud has been a priority to make the online gaming industry boom. People will be able to enjoy top games like Devil May Cry, Tekken 7 etc.

Check out the complete list of games available for Project xCloud Preview here.

Microsoft is trying to expand Project xCloud in various countries, and India becomes the priority.

“It’s a huge market, they know the franchises… they don’t have access to the franchises that they see on the internet on the devices that they own. They’re going to enter the Xbox ecosystem through a different device, that’s not a console and not a PC”, Microsoft’s heading of gaming, Phil Spencer, was quoted as saying by The Verge.

Microsoft is way ahead when it comes to pushing out Project xCloud as compared to their rival Google Stadia. Now with 50 games, they are clear that they want to own this space. We are sure, with such an aggressive strategy they will grow at a higher speed than Google.

As people anticipate Google Stadia launch next week with 44 games in their library, Microsoft will be launched next year. Hopefully, gamers will have good options to pick from while selecting their streaming service as it will be on a monthly subscription basis.

With a lot of new updates in the gaming industry, everyone is excited to wait for these launches. Let us know if you are a gamer, which streaming service will you pick – Google Stadia or Microsoft xCloud? Tell us your response in the comment section below. We will cover both the launches and keep you updated on the same.

You Might Get Bear Grylls killed in the Next Netflix Show