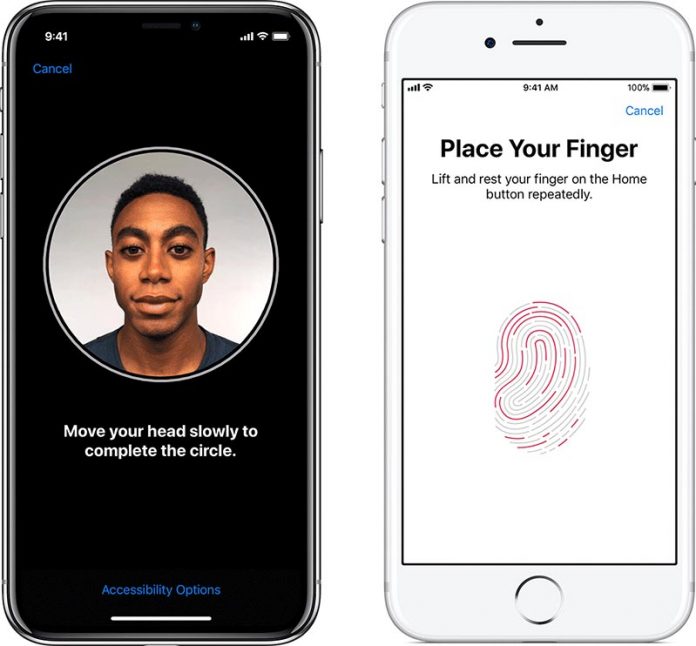 Advertisement
Apple Inc. is likely to include both face recognition and fingerprint reader technology in the phones launching as early as in 2020. This time the fingerprint scanner is going to be an under-display one.

All the competitors from the Android side, like Samsung, are already using and upgrading the under-display fingerprint technology.

On the other hand, most of the Android phones come without a huge notch, unlike an iPhone these days.

Many iPhone users have shown their interest in the displays with a punch-hole camera or a small water-drop notch.

After a long period, iPhone sales are stagnated for the most part in the United States and they need to renovate the iPhone to get back the upper hand Apple used to have.

But even after implementing the in-display fingerprint scanner the huge notch is going to be a part of the future iPhones.

The reason behind is that with the secure face unlock, there are other usage of the cameras and sensors sitting up there. Without those, the selfie camera capability will be greatly reduced and Animoji feature will not work.

Although the iPhone was not the first-ever phone to get a fingerprint scanner, iPhone 5 made it mainstream.

After losing the option of TouchID many users were not happy but Apple stood strong in their decision saying FaceID is going to be more secure than TouchID.

If they come up with both the option together, Android manufacturers might also rethink their strategy for future smartphones.

Apple also reported that the FaceID technology is also getting an update for security and reliability. Users will be able to use both FaceID and TouchID for the secure transaction as well.

Suppliers of Apple iPhone division has already proved the ability to include both the technology in a device but mass-production has not been possible as of yet.

In case the process takes a bit longer time, production of the phones with both biometric options might halt up to 2021.