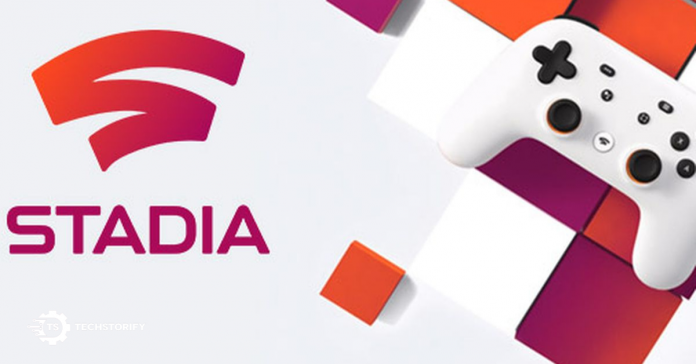 If you want to play some games there are loads of option nowadays. There are dedicated devices like Xbox and PlayStation, or you can go for a well built Windows computer. But what if your PC does not have the power to run demanding games? This is where CLoud Gaming comes into play.

Some big names provide cloud gaming option already, like Microsoft Azure and GeForce Now. Google notified about their cloud gaming service at 2019 Game Developers Conference in March. As the service has already been launched now, let us take a closer look at its performance and subscription structure.

First, we need to know what is cloud gaming to know about Google Stadia. Cloud gaming means all the processing and graphics-intensive work will be done in the cloud computing and all your device needs to do is to stream the visual. This kind of service is best for any device with less powerful hardware. But one key thing to know is to use cloud gaming you have to have fast internet service.

When you stream something on YouTube or Netflix, it buffers the video to your computer and stored as a temporary file to show the next frames. But when it comes to gaming there is no option for buffering as it happens in real-time and needs user input.

So now let us get specific. When it comes to Stadia all you need is a reliable internet connection and a laptop or computer with Google Chrome. If you own a Pixel phone, that will also work just fine.

Stadia is a $130 one-time purchase and you will get 3 months of trial with that. After that, the subscription will cost $10 per month. If you want to play premium games, it will cost $20 to $60 per premium game.

In the early access stage, you will be able to play only 22 limited games. With Chromecast Ultra dongle you can stream it on your TV in 4K and HDR. You will get a Stadia Controller in the package, which is like Xbox One or Sony DualShock controller but works wirelessly. If you prefer playing on your smartphone or PC, you can get a stream of 1080p resolution.

Seamless gaming is something Google is eyeing for. While playing on your PC you can switch to your computer or smartphone and the game will be in the same place. That is a really nifty feature in my opinion. For now, you cannot check your achievements in any platform, although Google said it will be available from day one.

If you think the cost does not worth it, you can wait until 2020 when Stadia will become a free service. Still, you will have to buy the games you want to play. Google confirmed there will be at least 44 titles including Cyberpunk 2077 and Baldur’s Gate III. With an optional $10 per month Stadia Pro subscription you will be able to play 4K HDR via your own Chromecast Ultra or Chrome web browser.

But from next year you will need to buy the Stadia Controller for $70 if you want to switch games from and to your other devices. There will be options for sharing your achievements and gameplay captures to YouTube. Google is trying to add cross-platform voice chat also.

Google also said that in future there will be games which will be so resource-intensive that no single computer or Xbox can handle those and will only be available in Goole Stadia. Google is also planning to make some in-house games exclusively for Stadia.

So keeping the price aside, if the performance is not satisfactory no one will use Google Stadia for gaming. To be honest, Stadia is good, but sadly just good. Yes, the images look much better than any other cloud gaming services but it still lags behind than gaming in your hardware. To start with, the 4K streams are actually 1080p, upscaled to 4K with Ai to look natural.

Another thing to consider is ping. When you play natively there is no visible input lag. But when it comes to any type of cloud gaming, you will be able to spot input lag. Because first, it has to register your input, send it to the cloud, run your input and finally stream it back to your display. But Google did a wonderful job to minimize the lag. For now, it is OK to play single-player games. But if you want to play competitively, you should not choose Stadia.

The Stadia Controller is great. If you have ever played on Xbox or PlayStation you will feel at home. The controller has a comfortable grip and a not so flashy design. It has Bluetooth and WiFi but for now, the Bluetooth radio is disabled and it can’t control PC or phone sessions using it’s Wi-Fi-based direct to server connection.

If you connect it to your phone with USB-C, it will drain a huge amount of battery from your phone overtime as it never turns off automatically. But if the main interest is only to play games, the controller is great. There is also a dedicated Google Assistant button, which will eventually work as hints in some games.

Google is a software-based company, and Stadia is there latest product in beta. To test the beta you have to pay $130, whereas from the next year it will be free. There are not many games to play as of now, so getting it now is not a good option, to be honest. Maybe there will be some extra functionality for the early adopters later on.

To play without any hick-ups you will also need a fast and reliable connection of minimum 15 Mbps which is also not available everywhere. Another point to keep in mind is Stadia does not work in LTE connection, you will always need WiFi.

Let us know what do you think about Google Stadia and if cloud gaming is the future.

Sling TV: Everything You Should Know