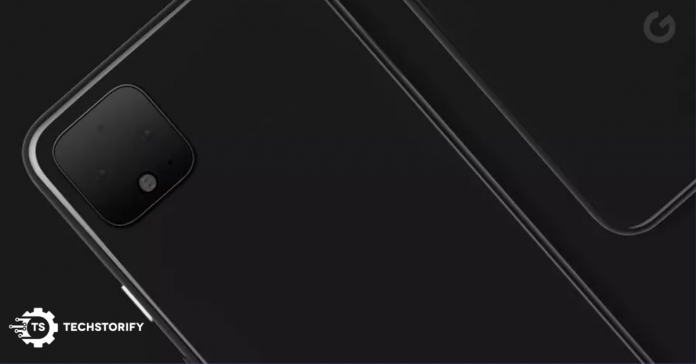 Advertisement
Google just dropped a leak ahead of the leakers for the latest smartphone Pixel 4 in a photo.

Yes, as we all know, the smartphone industry has been delivering amazing innovations and some mindboggling launches. Where we get to see the first foldable phone and OnePlus becoming the flagship brand from the flagship killer brand.

Google posted a picture of the new Pixel 4 on their social media channel. It is a back shot that showcases the back body and camera design. We can spot dua cameras there. This will be the first Google phone with a dual-camera set-up.

Apart from that, we don’t see a fingerprint sensor, which is a piece of good news as the new Google Pixel 4 will get some face recognization.

There can be a lot of debate when it comes to that square shape dual camera setup that also has a bump which takes the curiosity out to find the answer. Google Pixel 4 and Google Pixel 4XL is scheduled to be launch in October this year and unveil their flagship of the year.

Google made another much-awaited but straightforward change. Google Pixel 4 Black version has a contrasting colour power button. Earlier they used to be the same as the back colour. It is a subtle design touch to make the phone pop out a bit.

As October is the D-day for Google, the leaks have been starting to float around the web. Unbox Therapy did a video showcasing the metal dummy Pixel 4 as per the leaks from the manufacturer of back covers which turned out to be pretty accurate, increasing the credibility of these leaks.

There’s also the internal hardware; expecting a Snapdragon 855 and likely a RAM upgrade, but details have been limited. Plus, software tricks, rather than standout hardware, have always been Google’s forte, and there have been few leaks to that effect so far.

The Pixel 4 is still expected to come out in October, like previous generations. But if the pace of early leaks (and past years’ leaks) is anything to go by, we’ll know a lot more about this phone much sooner.