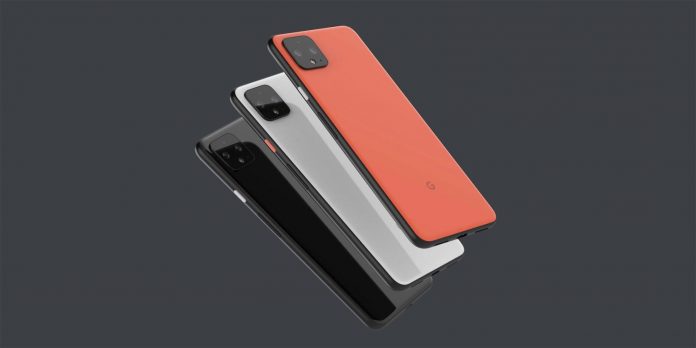 Advertisement
Google Pixel 4 already got the unofficial award for the most leaked phone ever, but at last, Google has officially announced Google Pixel 4 and Pixel 4 XL in the Made by Google 2019 event and there is a lot to know more.

Previously Google had some issues with their displays but this year they came with the best outcome possible. The display of Google Pixel 4 XL is 5.7 inches P-OLED HDR with a resolution of 1080×2280 pixels. But the most important part is it has a 90 Hz refresh rate with DCI-P3 100% colour accuracy. The refresh rate can also be toggled to 60 Hz depending on the situation or to save battery.

The main difference between Pixel 4 and Pixel 4 XL is on their display size as the big brother has a 6.3 inches display with 1440×3040 pixels. All the other display features are the same as mentioned above.

Although people are saying it is a flagship phone, the internals does not support this statement. When we already have phones with Snapdragon 855+ Pixel 4 comes with Snapdragon 855 Processor. RAM is 6 GB which is kind of OK for normal tasks, but the most frustrating part is the phone has only 64 GB or 128 GB Storage options.

The fan base Google has for their phones depends on its great camera quality, but these photos need to be saved somewhere. 64 GB is not enough and Google also stopped giving their users the option to upload original quality image and videos to Google Photos Cloud Storage for free.

This is one of the very few flagship-features available in Google Pixel 4 line up. At last, Google has added a secondary telephoto camera with 2x optical zoom. The main camera is 12 Megapixel and the secondary is 16 Megapixel. There is also a time-of-flight (ToF) sensor on the back for better distance and depth sensing. The front camera is an 8 Megapixel sensor with f/2.0.

They have added many software features for the camera like Astro-Photography and Live HDR+. With Night Sight, now you will be able to take some great photographs of star trails and that is also with better White Balance. Live HDR+ will preview the HDR processing before clicking the photo, making your framing easier.

Thanks to the ToF sensor, portrait mode photography got better and there will be some new and fun portrait mode options. Although all of these features are not available on the launch and expected to come in early 2020.

So the overall image quality is expected to be great but the video from Pixel is not something to be proud of. When some phones are giving the choice to record footage in 960 fps, Pixel 4 line up is still capped in 4K 60 fps.

One of the biggest selling point of Google Pixel 4 and 4 XL is the new motion sensor. Long story short the Pixel 4 and 4 XL has a radar inbuilt. Google expects to add many new features around it in the future but for now, it can do few intelligent things.

The radar scans up to 2 meters from the device and turns on the display and the face unlocks feature to make the whole process faster. Also when you go far from the phone it turns off the screen. You can also change music tracks, accept or decline calls and stop the alarm clock with hand gesture thanks to this new feature. Google is calling this Project Soli.

Although skipping tracks and accepting calls features a bit finicky as there is a learning curve to use those features and to work flawlessly you have to very specific to the point that it will be easier to do those by touching the screen.

No, there is no in-display fingerprint scanner, not even on the rear side. Google is extremely proud of its extremely fast face to unlock technology, thanks to that radar. As they mentioned, most of the time even before picking up the phone and holding it to your face, the phone will be unlocked.

This face unlock is something like the Apple Face ID but it works differently on a technical level. Still, we do not know how secure the technology is but I will trust a fingerprint scanner over a face unlock any day.

The visuals of the phone were leaked just before the Apple iPhone 11 line up launch and maybe there was a reason behind it. From the back, Pixel and iPhone look pretty similar now. Both have the square camera bump on the top left and a single overall color on the back.

From the front, it falls behind to any Android flagships, even some mid-rangers for the huge forehead. Space was needed for all those camera technologies and the new radar. The phone is available in 3 colours – black, white and orange. The black one has a shiny back finish and the other two has a matte design.