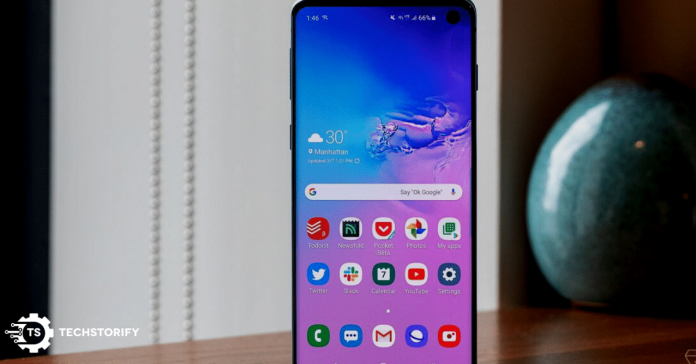 Advertisement
Galaxy S series is the most significant smartphone offering from Samsung each year, and this time they unveiled Samsung Galaxy S10 Plus with the most prominent display, S10e with a lower budget and smaller display and finally the S10, the middle-ground phone which is the base of the line up costing $899 for the base variant.

With these many phones, it is a hard decision to choose the right one as all of them are fighting with each other somehow. So, we are going to have a look at the Samsung Galaxy S10 and the reasons behind why and why you should not get the phone.

Samsung has always been the best when it comes to design. Starting with Galaxy S6, they have stuck with glass and metal design and fine-tuned it every year. Galaxy S10 is no different, and the tried and tested model has given Galaxy S10 the aesthetics it deserves.

The front and back glass curves just perfectly to the aluminium frame, making it easier to hold. Galaxy S10 is one of the first phones to be covered with Gorilla Glass 6, which will give it better safety against scratches. But the premium design comes with the cost of being fragile. Glass is glass after all, and a case is advisable if you are eager to use the phone for a long time.

Samsung has tried to put every piece of tech they could as the phone comes with IP68 water and dust resistant, USB-C, an under-display ultrasonic fingerprint scanner. With the regular power and volume buttons, S10 comes with a dedicated Bixby button, but thankfully it is remappable to any other application, except other virtual assistants.

6.1 inch Super AMOLED display is one of the beautiful reason to get the Galaxy S10 to be honest. It has a resolution of 3,040 by 1,440 pixels with 551ppi and 19:9 aspect ratio. Samsung is known for making the best display, and they have not disappointed at all. Samsung gave a statement saying the screen comes with a special blue light filter and brightness control and together it reduces eye strain by 42%.

The phone also has HDR and HDR10 support, producing some quality images and videos with excellent contrast and colours. You can adjust the resolution manually and the size of texts or icons.

On the top right corner of the display, there is a hole for the camera, and Samsung calls it ‘Infinity O Display’. The ambient light and proximity sensors are buried under the display, which allows the screen to extend from edge to edge, producing 93.1% screen to body ratio.

The fingerprint scanner is also buried under the display but to be honest, this is not the best implication at all. You have to be quite specific about your finger position, and still, it might not work every time. When it does work, it takes a second to ensure as it is the first generation of an ultrasonic scanner. The overall speed and reliability are not good, but it works.

You might also want to protect this beautiful piece of glass with a screen protector. Still, Samsung says that with third party accessory the fingerprint scanner might also not work and they are working with manufacturers in this issue.

As usual, Samsung packed the best specification possible in the S series flagship. Qualcomm Snapdragon 855 the 7-nanometer beast coupled with a minimum of 8 GB RAM and 128 Storage is the spec sheet of base variant Galaxy S10. There is free microSD card support, so storage is never going to be a problem for anybody. Also, with the processor, no game or application can put a dent on the performance.

Galaxy S10 comes with a 3,400 mAh battery, and although it is not a large one, Samsung tuned the phone to last minimum a day with more than moderate usage situations. The phone supports Qualcomm Quick Charge 2.0, Qi wireless charging and Wireless PowerShare.

In the settings, there are four battery/performance modes to choose from. The Maximum power saving mode is something to check as it turns your phone into a burner device and this way you can last more than a week without charging the phone. But the only facility you will get is to call or text someone.

With Wireless PowerShare you will be able to charge your Galaxy Buds but do not expect it to charge another smartphone. Even if it does, the charging is prolonged for a phone.

On the back of Galaxy S10, you will be able to find 3 cameras. The first one is a 12MP 2x telephoto sensor with autofocus and optical image stabilisation. The field of view of the lens is 45 degree and comes with ƒ/2.4 aperture. The second sensor is 12MP wide-angle sensor and has autofocus, optical image stabilisation, 77-degree Field of view, dual ƒ/1.5 and ƒ/2.4 apertures. Finally, there is a 16MP ultra-wide sensor with 123-degree Field of view and ƒ/2.2 aperture.

On the front of the device, there is a 10MP sensor which comes with autofocus, 80-degree Field of view and ƒ/1.9 aperture for selfies and videos.

Photo, video, live focus, super slow-mo, pro, panorama, food, Instagram, slow-mo, and hyper-lapse are the modes in the camera application available to choose from. Samsung refreshed the camera app, and it is better than ever. Manual camera control is something Samsung phones have from a long time, and everything works great here. You can take 2x optically zoomed and 10x digitally zoomed images from the rear camera.

With the combination of these sensors and software, the photos from Galaxy S10 looks stellar. White balance, dynamic range, colour balance everything is top-notch although night time images do not seem that much pretty.

When all the major smartphone manufacturers got rid of the headphone jack, Samsung cared for the consumers and added the 3.5 mm headphone jack. When it comes to speakers, Galaxy S10 has two of them to produce excellent quality audio.

The phone comes with an AKG headphone which are decent in quality and if you prefer to listen to the music with Bluetooth headphone S10 have aptX HD and Bluetooth 5.0 support.

Galaxy S10 ships with Android 9 Pie with Samsung One UI 1.1 on top. Previously Samsung was using TouchWiz and Samsung Experience, which was extremely frustrating to use, but with the One UI, Samsung has taken a great step forward.

The overall interface looks excellent, and the software feels complete. Under the hood, Samsung has taken special care to make the experience speedy and sleek and added some extra features over vanilla android. You have the Bixby, although I prefer Google Assistant more. The dark theme looks great on the AMOLED panel, and the icons are more rounded now.

Previously Samsung had much competition from other manufacturers like Apple and Huawei. Still, as they have launched these many flagship devices in a single year, their phones are competing with their owns. If you want a smaller device with all the latest specs, you can go with Samsung Galaxy S10e. On the other hand, if a more prominent display is your gig, S10 Plus is there for you. Do you love the S Pen? Samsung got you covered with their Note 10 series.

These all are Samsung’s devices, and if you can look beyond their border, if you are in a tighter budget you cannot go wrong with OnePlus 7T, and for better cameras, Google Pixel 4 is the best choice to go with.

Still, Galaxy S10 is a great device to own with moderate display size, good camera and audio quality, more than enough battery life and top of the line specifications. Now the choice is yours.