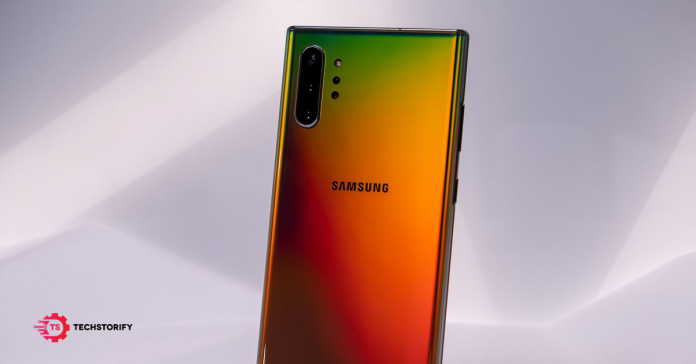 Samsung Galaxy S10 Plus comes with the top-notch hardware inside. Also, the display is the best smartphone display I have seen as of now. But all these come at a price. No pun intended. Let us take a deeper dive and see how the phone stacks with its competition.

Samsung revolutionized the smartphone design with Samsung Galaxy S6 Edge, and the S10 Plus is following the same path with many small changes in every iteration. First of all, in the front, there is a beautiful display with extremely small sides. There is a punch hole for the front camera sensors on the same but, it is far less intrusive than a notch.

On the back, there are three cameras, which come with a bump. Other than that the rear side is clean and made of Gorilla Glass. The phone comes in many colours – Prism White, Prism Black, Prism Green, Prism Blue, Ceramic Black and Ceramic White.

Then on the bottom, there is a USB-C Port, along with a speaker grille and thankfully a dedicated headphone jack. On top, you will find a SIM card tray with microSD expansion and a microphone.

Left of the phone houses volume rockers and the Bixby button. Surprisingly, this year Samsung is letting their users remap the Bixby button to any other app or shortcut. Although any other assistant is not going to work. The right side only has the power button, which is placed a bit higher than my liking.

So, the phone comes with a glass sandwich design, like any other flagship these days. But the looks and overall feel in the hand gives the personality to the device. The Samsung Galaxy S10 Plus is a well-designed smartphone.

Hands down, this is the best smartphone display I have seen. Samsung has put many thoughts on it. For example, the panel changes the organic material of the OLED to achieve the same Color Volume 100% certification given to high-end Samsung TVs. On the other hand, it consumes less battery than previous generations.

HDR10 and HDR10+ contents look the best in this screen, but out of the box the resolution is set to 2,280×1,080 which you have to manually turn up for the best visual experience.

As mentioned earlier, there is a hole punch camera cut out on the top-right side of the panel. For biometric authentication, there is an ultrasonic fingerprint scanner buried under the display, made by Qualcomm. However, the response time of the scanner is really slow and inconsistent.

Also, keep in mind, anyone can pass through that fingerprint scanner by only using a silicon case. Samsung has accepted the fact and stated they are working on this issue.

You can already understand how powerful the Samsung Galaxy S10 Plus is. The phone runs any application or game smoothly and the loading time is also reduced. The phone is also IP68 water and dust resistant and supports aptX HD and Bluetooth 5.0.

The phone also has fast wireless charging and Wireless Powershare, which allows you to charge any other Qi-enabled device. The PowerShare feature is meant to be used with smaller devices like wearables and Galaxy Buds. If you want to change another smartphone with the phone, it is gonna take a while.

The camera sensors in Galaxy S10 Plus are the same as the Galaxy S10. So on the back, you will be able to find 3 cameras. The first one is a 12MP 2x telephoto sensor with autofocus and optical image stabilisation. The field of view of the lens is 45 degree and comes with a ƒ/2.4 aperture. The second sensor is 12MP wide-angle sensor and has autofocus, optical image stabilisation, 77-degree Field of view, dual ƒ/1.5 and ƒ/2.4 apertures. Finally, there is a 16MP ultra-wide sensor with 123-degree Field of view and ƒ/2.2 aperture.

On the front of the device, there is a 10MP sensor which comes with autofocus, 80-degree Field of view and ƒ/1.9 aperture for selfies and videos.

Samsung refreshed the camera app, and it is better than ever. There are Photo, video, live focus, super slow-mo, pro, panorama, food, Instagram, slow-mo, and hyper-lapse modes to choose from. Manual camera control is something Samsung phones have from a long time, and everything works great here. You can take 2x optically zoomed and 10x digitally zoomed images from the rear camera.

To be honest, on paper the cameras look great, but in this higher price point, the images could have been much better. For example, the images from the telephoto lens are a bit soft. On the other hand, wide-angle images are distorted from the sides. Low light performance is not bad, but not comparable to images from Google Pixel 4 line up.

Galaxy S10 Plus ships with Android 9 Pie with Samsung One UI 1.1 on top. The new variant of One UI, which is called One UI 2 rather than Two UI is also coming soon. This overhaul is greatly appreciated by the users of Galaxy Devices.

The dark theme looks great on the AMOLED panel, and the icons are more rounded now for a more seamless experience. Most probably, it is the best Android skin now you can get, after Oxygen OS. Hopefully Galaxy S10 Plus will get Android updates for a few upcoming years.

Nowadays there are many Android flagships available to buy, also at many price point. If you are on a budget there are phones like OnePlus 7T. If you want the best camera performance, you can get Pixel 4 XL. On the other hand, if your workflow demands a stylus for some reason, Samsung offers Galaxy Note 10 at the same price point.

But if you need the all-rounder smartphone, with the name tag of Galaxy, a huge display and the rare headphone jack, the Galaxy S10 Plus is the best option you have. Interestingly, the update smartphones are getting is incremental from the last few years. If you already own a Galaxy S9 Plus or Note 9, there are slight differences you will be able to spot. So waiting another year makes more sense as it costs an arm and leg.