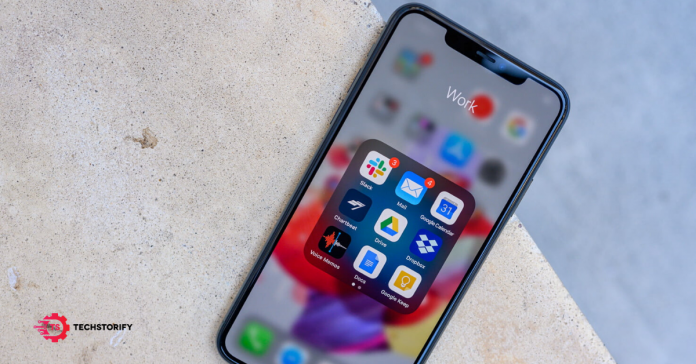 Apple has launched three new iPhones this year and iPhone 11 Pro is one of them. This is the first time Apple has added the term ‘Pro’ in their phone, despite the phone looks almost the same as previous-generation iPhone X.

If you take a closer look, the first change you will be able to see is in the camera section. Google always had an upper hand when it comes to smartphone photography with its Pixel line up. So did Apple beat Google on their own game? What else new in the ‘Pro’ smartphone? Let us find it out in the full review of iPhone 11 Pro.

As mentioned earlier, the overall design has not been changed. We still got a notch on the front with thick bezels around the display. On the back though, we got three lenses, housed on a square camera bump with a dual-tone flash. While talking about the cameras, the position of the lenses is triggering trypophobia for some people.

Other than that, the power button, mute slider, volume control buttons placement is similar to previous iterations. There is no fingerprint scanner or headphone jack available, but a dual stereo speaker with Dolby Atmos support. Also, Apple is still using its proprietary lighting port rather than universal USB-C port.

The phone is available in Gold, Space Grey, Silver, Midnight Green colour variant the finish on the back is frosted matte which is much easier to hold and attracts fewer fingerprints. For water and dust resistant, the phone comes with the IP68 rating.

Apple is calling the display Super Retina XDR, which is a fancy term to say it is an OLED display with HDR and HDR 10 support. The display is diagonally 5.8-inch with 2436×1125 pixel resolution at 458 PPI.

Apple has brightened up the display up to 800 nits while watching normal content or scrolling. With any HDR or Dolby Vision content, the pick brightness goes up to 1200 nits. Overall the viewing experience is great but the refresh rate on iPhone 11 Pro is still stuck at 60 Hz. Sadly Apple has removed the 3D Touch technology for better or worse.

One place where android phones could never compete with the iPhone is performance and Apple is continuing the trend. iPhone 11 Pro comes with A13 Bionic processor – third-gen Neural Engine, 64GB, 256GB or 512GB storage options without any microSD support. Apple never openly mentioned about the RAM capacity of iPhones.

The phone is extremely powerful and blast through the day to day applications and hardcore gaming without breaking a sweat. And break all the previous benchmark scores set by its previous generations.

Wi-Fi 6, Bluetooth 5.0, NFC and Ultra-Wideband chip for spatial awareness all are present in iPhone 11 Pro. So the network performance is also great. Although it is still lagging behind android phones with 5G technology.

iPhones have never been a battery champ until the iPhone 11 comes out. Officially Apple did not disclose the battery capacity but claimed it will last four hours longer than iPhone XS. I have no idea what the four hour means if it is for standby or screen on time. But it comes with a 3,046 mAh battery which is great with the iOS optimization.

The phone comes with an 18W adapter in the box with fast charging enabled which allows charging the phone up to 50% in half an hour. iPhone 11 Pro also has wireless charging support but in a really slow pace of 7.5W, that takes a lot more time to fully charge it.

So in one hand, you can comfortably use the phone for a whole day but compared to android phones with up to 45W ultra-fast charging speed, Apple is still playing catch up.

When it comes to portraits there is advanced bokeh and Depth Control and many lighting effects. In Panorama mode you can click a picture up to 63MP. While in photo mode, holding the shutter button will take a video. In a dark environment, iOS kicks on the Night Mode to take some great images with sharper details and much less noise. You can click images either with HEIF or JPEG format.

Animoji and Memoji features are available for the front camera. You can send those directly to your friends with iMessage or as a video in other messaging services. There is FaceID for biometric authentication, thanks to the TrueDepth camera on the front.

Images from iPhone 11 Pro looks gorgeous with good HDR and details. Colours pop but most of the time images have a warm tint comparing to Google Pixel 4 XL. This is the first time Google got a tough competition from any other smartphone when it comes to photography.

When it comes to video, the iPhone blows away any android phone. First of all, you can record 4K footage at 24 fps, 30 fps or 60 fps with Extended dynamic range and optical image stabilization. There is also slow-motion video support for 1080p at 120 fps or 240 fps.

While recording a video you can zoom in or out up to 2× optically and 6× digitally with a special audio zoom feature, which is also available in Samsung Galaxy Note 10. You can take 8 MP images in the video mode. For audio, it uses both of the microphones to record it in stereo mode. Video formats recorded in iPhone 11 Pro are HEVC and H.264.

iPhone 11 Pro comes with iOS 13 and all its glory. Although the OS is not that much customisable, it gets the job done every time. With the Apple Ecosystem, it takes the user experience to a whole new level. Also, Apple is extremely fast and reliable for future iOS updates as they do not have to rely on other manufacturers to push those. It also comes with system-wide dark mode, which takes advantage of the OLED panel to save some battery power.

Recommended: Apple Watch Series 5: Everything You Need to Know

Other than the storage, all other specifications are the same in every variant. As mentioned earlier, there is no microSD extension, so if you need the extra storage you have to pay the extra sum.

So as you can see, there are not many sacrifices Apple made while building the iPhone 11 Pro. The display, camera and video capture quality, the audio all are great. For the first time, Apple also included a larger battery which makes it great for extensive usage. The video capability of the phone is superior to any android smartphone available. The only thing missing is a fluid 90 Hz display like OnePlus 7T.

So if you need the best image and video quality with all day long usage, the Apple Ecosystem and the most powerful smartphone, iPhone 11 Pro is the way to go.

OnePlus 7T Review: The Best of Android for Under $600