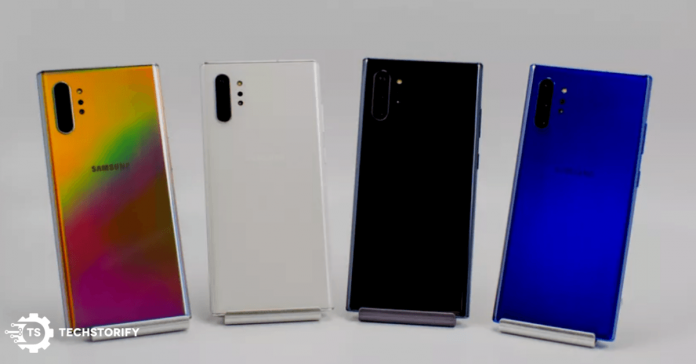 Samsung Galaxy Note 10 is the smaller screen size device with 6.3 inches whereas Note 10 Plus is a monster with a screen size of 6.8inches. Another upgrade that you get is the Gorilla Glass 6 on the devices which is obviously better than Note 9 screen. 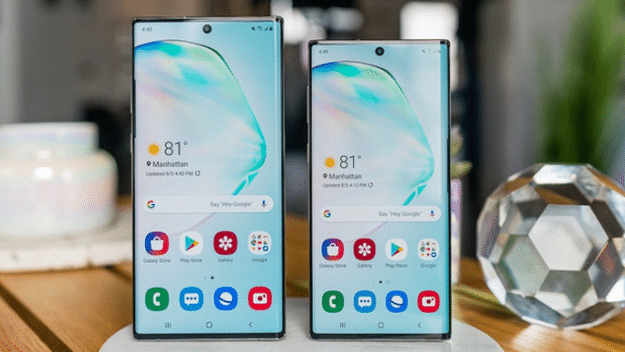 What is the biggest change?

Well, no confusion there, the punch-hole camera is stealing the show away. Samsung is taking a huge leap by introducing the camera. Visually, both the phones look simply amazing and Samsung has owned the rectangular bezel-less screen for the perfect experience.

Another change is that Samsung has replaced aluminium body with stainless steel which is comparatively less heavy. Also, the screen size might be bigger but the phone definitely looks smaller and concise.

Yes, Samsung has given up on the headphone jack and when asked the reason, they wanted to utilise that extra space for the battery. We have mixed feelings about the headphone jack going away but let us see how people respond to it. It is too early to make a judgement on this move.

You can watch a supercut by The Verge for the Samsung Galaxy event here.

Another interesting feature is the Note 10 Plus has an extra DepthVision camera that you can use to 3D scan objects, which you can then manipulate into interactive avatars or print as a 3D file which we feel is pretty impressive.

How much will it cost?

Both Note 10 and Note 10 Plus are available for preorder at midnight starting at $949 and $1,099, respectively. The devices will ship on August 23rd. You can also preorder through the Microsoft store.

Some other major updates are that the device will support 5G and you can enjoy the speed when you have access to 5G in your specific location. With triple camera and amazing stylus, it just gets better and better.