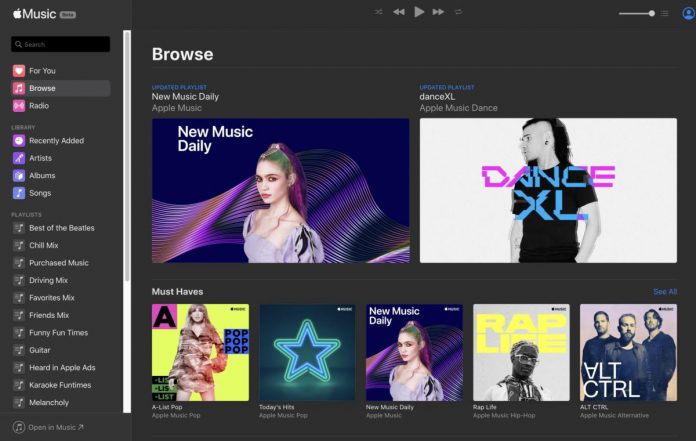 Advertisement
Music streaming services are nothing new nowadays. But the competition is still there between Spotify, Apple Music and YouTube Music (Google Play Music previously). To make it easier to use the service, Apple Inc. has finally launched its Apple Music Web App.

The web interface has been launched as a beta version publicly. So now to stream songs from Apple Music there is no need to install iTunes or Apple Music App. This web app can be used in most of the operating systems including Windows, Linux and Android.

The reason behind giving the opportunity to stream music from any OS is to reach more people and pull people into their eco-system.

The website offers the whole library of Apple Music, including their personalized “For You” recommendations. Apple Music Radio stations are also available in the beta version.

On the other hand, flagship Beats 1 live broadcast, some of Apple’s original music video content, and smart playlists are things that will join the Web Interface afterwards.

For now to sign up to Apple Music you have to use their official application, as the beta version does not have that option. But Apple commented that those missing features will be added as they are continuously working on it.