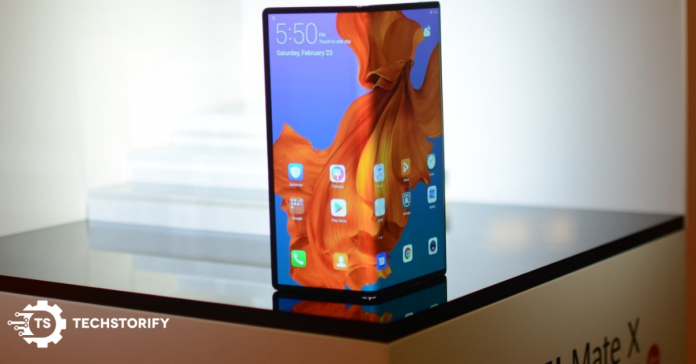 Samsung and Huawei became the pioneer introducing the world’s first foldable phones at MWC in February.

Samsung Galaxy Fold and Huawei Mate X were showcased at the MWC 2019. The tech industry had mixed feelings about both the device. However, it is an exciting time for the mobile industry to see such innovations that help the consumer know the vision of these large smartphones brand.

Huawei’s Mate X got a lot of appreciation for its design and stability contrary to Samsung Galaxy Fold, which got a backlash after delivering poor quality of screens in their first lot of shipping. Broken screens put a lot of pressure to make this innovation work it out.

Huawei is all set to launch their first foldable phone this June, but a bad omen has hit them hard. Just a few days back, Google withdraws its android license. Yes, due to national security and pressure from a lot of politicians, this step has been taken by the tech giants – Google.

The consumers are backing Huawei are against the action taken by Google. Being a Chinese brand and with the current economy ware between China and USA, Trump’s steps to hit the Chinese seem pretty serious.

Without an android license, Huawei will face a significant challenge for expanding the business in the US and Europe territory.

The domestic market will not impact much because, in China, there are not dependent on Google apps, which helps Huawei to sustain their position in China. However, this still acts like a backslash for the global market.

Just a month for their first foldable phone launch of Huawei X Mate, it is a significant setback for the Chinese smartphone makers.

Update: The ban is temporarily lifted

A foldable phone is a new category in the mobile phone space.

Foldable phones will be a new category altogether, and the top brands are trying their best to deliver flawless devices for tech enthusiasts.

Samsung Galaxy Fold is undergoing a design change to rectify the design issues. Whereas, Huawei is hoping for a better situation with Google for the new product launch in June.

Innovation comes with a price tag. $2400 to be precise. Well, it will not be wrong to say that consumer needs a lot of trust on a device to invest so much.

We are sure Huawei’s X Mate will be a fantastic device to experience. We are also expecting a refined version of Galaxy Fold to roll out this year.

There has not been any communication from Huawei post the Google setback suggesting a delay in Mate X launch so we will be able to witness it in June itself.

Let us hope; they provide a well designed and robust foldable phone to the world.