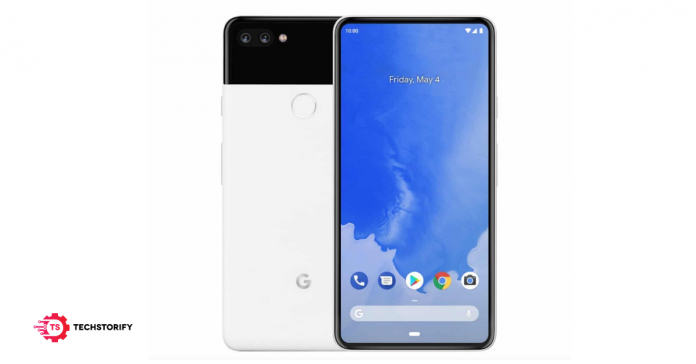 From the very first iteration, every Android fan awaits for the launch of new Pixel smartphones from Google. From Google’s perspective, the Pixel device is the best outcome of their Android operating system, this is how an Android smartphone should look and feel like. That continues this year with the Pixel 4 XL.

This year Google has unveiled Google Pixel 4 and Pixel 4 XL and here we are going to have an in-depth overview of Google Pixel 4 XL. Although there are many new features added to the phone, there are still some spaces Google need to be mindful about. Like each year, certain things hold back the phone to be the best every Android fan deserves. Let us dive in.

Google has finally changed the hardware aesthetics this year. We loose the ‘Panda’ design for something strikingly similar to the iPhone 11. That means there is a square camera bump on the top left of the phone. Other than that, the rear side has only the Google branding. There are three colour variant available – black and white matte, limited edition matte orange and lastly a glossy all black.

I prefer the matte finishes as those attract fewer fingerprints and the texture feels smoother to the point it does not even feel like glass, although it is.

It feels bad to turn the phone as the front comes with a huge forehead. Yes, there are some great new technology lives under that, but a notch is something better to look at any day. Although, comparatively the chin is much smaller.

Both the front and back glass has Gorilla Glass 5 protection and some splashes of water will not do any harm as the phone comes with IP68 dust- and water-resistance. You can squeeze the device to invoke Google Assistant, which is called ‘Active Edge’.

Also, Google removed the top front-firing speaker, and there is no sign of the headphone jack. Still, with a single speaker, the audio is clear and loud.

For the first time, Google has perfected the display of its Pixel device. Well, kind of. The Pixel 4 XL comes with a 6.3-inch Quad HD+ P-OLED display with 3,040×1,440 pixels and 537 PPI. The aspect ratio of the display is 19:9 which has support for HDR content.

As mentioned earlier, it has some shortcomings. First of all, the overall brightness of the display is not good enough for clear outdoor visibility. What a 90 Hz display can do if you cannot even see it? On the other hand, the refresh rate changes dynamically depending on the task, theoretically. But while using the phone, you will see the AI does not work perfectly. Also even when it works, the battery takes a big hit, more on that later.

Pixel 4 XL comes with Ambient EQ feature, which is kind of like Apple’s True Tone but the adjustment is so minor, you will not be able to feel it. Maybe because it works great, not sure about it. You can choose between three colour settings – natural, boosted, and adaptive.

Pixel line up always had issues with performance, mostly because of low RAM capacity. Google is trying to solve the problem as the Google Pixel 4 XL comes with Qualcomm Snapdragon 855 processor and 6 GB of RAM. For storage, you get to choose from 64 GB or 128 GB options without any external memory slot.

There are a few things to note here. First of all, all the other flagships, even from last year has either 256 GB storage option or external memory card support. You might think that Pixel owners get an unlimited high-quality photo and video cloud storage for free anyways, but you are wrong. From this year, Google has shut down the freebies and expecting users to store their memories either in low quality or pay for the storage monthly.

The overall performance is good, you can throw any application or games and it will handle with ease. Still, with 6 GB of RAM, multitasking is something the phone might fall short of the competition.

Remember the huge notch? The reason under it is the motion sensor technology. Google has been working on their motion-sensing technology from quite a while and they call it Project Soli. From the first few videos Google unveiled, the project was looking very promising. But after seeing the implementation, it looks like a gimmick more than something I need.

All of it is not bad though, there are a few good things to check out. First of all, the phone has a radar which can sense if anyone is near the phone or not. When it senses someone it turns on the facial recognition technology, so by the time you hold the phone to your face, the phone is already unlocked. For now, Pixel 4 line up has the fastest face unlock feature which does not work only with the RGB sensor.

Also when you get any calls or alarm the volume automatically turns down while your hand is reaching for the phone. These two feature works great most of the time.

The gimmick starts with skipping tracks option. On paper, you can change music or accept and reject calls with a swipe of your hand on the air. But most of the time it did not work as intended. Also, there are no tutorials to learn how to do it correctly.

Still, I will prefer a bigger display, with a notch than a phone with all the tech, mostly just to wake the display a millisecond faster. Hopefully, with future updates, Google will be able to minimize the failure rate of the motion sensors and add some new features which will be useful.

Most of the Pixel owners are proud of the image quality it offers only with a single camera on the back. This year, Google has stepped up the game and added an extra camera on the back. So the main camera has a 12.2MP sensor with ƒ/1.7 aperture and 77-degree field of view.

The secondary camera has a 2× telephoto 16MP lens with ƒ/2.4 aperture and 52-degree field of view. Both the lenses support optical plus electronic image stabilization and phase-detect autofocus.

On the front, there is an 8.1MP camera with ƒ/2.0 aperture and 90-degree field of view. For face unlock, there are 2 NIR cameras, flood emitter and Infrared dot projector.

When every other manufacturer is adding wide-angle lenses I have doubts on Google’s decision to add a telephoto lens, but with that, you can get better-zoomed shots, even up to 8×, thanks to ‘Super Res zoom feature’.

The main new camera feature of Pixel 4 XL is ‘astrophotography’ mode. This one is insane because just from your smartphone you can get some great images of the milky way. Thanks to the ‘Pixel Neural Core’ you can see the HDR+ algorithm on work even before shooting. Google added a slider on normal camera mode to adjust the brightness and contrast of the image.

So with this sensor and awesome software integration of Google, the Pixel 4 and Pixel 4 XL is the king of smartphone photography, although they are getting a tough competition from the iPhone 11 lineup.

But as expected, the performance takes a big hit while coming to video. While in 1080p, Pixel 4 XL can shoot videos at 30, 60, and 120fps. While iPhone 11 can shoot 4K 60 from the back, Google Pixel 4 XL cannot even do it from their main sensors. This is the biggest downfall for Pixel owners. Although EIS and OIS work just fine.

Google said that users tend to shoot 4K videos on 30fps most of the time, and the storage is also low (which they could have added more of) for footage with high file sizes. With all these, still, I would prefer to have the option of 4K 60 fps. Overall, on the video part, Google needs to play some catch-up game.

While talking about the camera, there is something important to talk about. As we have already seen, the only biometric sensor Pixel 4 lineup has is the face recognition. Although it is using something like Apple’s Face ID, there is a major flaw in it – it works with eyes closed. Google even tells this while setting up the facial recognition data. I think Google will also fix this problem with future updates.

Although the phone has support for fast charging and Qi wireless charging, the fact the phone comes with a 3,700 mAh battery is not something to be enlightened about. The small battery and the 90 Hz refresh rate screen kill the phone much sooner than expected.

Although Android’s Adaptive Battery should learn your usage patterns and improve battery life over time, still with moderate usage one can expect screen on time of about 4 hours.

If you want the best user experience from Google and timely Android and security updates, Google Pixel 4 lineup is the way to go. Other than that, the still image is the only thing the phone has the upper hand. As for videos, I would prefer the iPhone 11.

On the other hand, if you want the best performance or the highest overall hardware and software, there are phones like OnePlus 7T in much lower price or Samsung Galaxy Note 10 with better specifications.

Xbox Series X Console: Everything You Need to Know from Release...